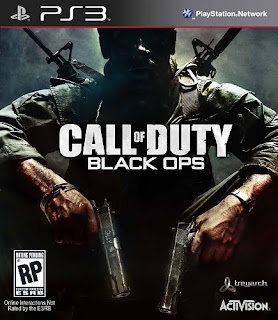 The "Call of Duty" franchise continued its wave of success Wednesday when its latest release won the Game Award of 2010 at the British Academy of Film and Television (BAFTA) Video Games Awards in London.

"Call of Duty: Black Ops" won the Game Award, which is the only award at this ceremony voted on by the public, and the third year that a "Call of Duty" game has received the honor. "Black Ops" was released in November, and has since topped $1 billion in sales, while players have logged at least 600 million hours of play time.

"The whole team is very, very proud!" Quantic Dream, the French production company that created the game, said on its Web site.

It was Bioware's "Mass Effect 2," however, that took home the BAFTA for best game. It was lauded by the jury as a "combined achievement of technology, art, design [and] audio… a beautiful complete gaming experience."

The video game BAFTAs added a new social network category this year, and the award went to "My Empire," a Greco-Roman themed city-building game for Facebook.

After losing his job, a middle-aged man (Tom Hanks) reinvents himself by going back to college.

The relationship between two friends (Justin Timberlake and Mila Kunis) gets complicated when they decide to get romantic.