Based upon the Brad Spirrison – Editor of Appolicious – work of banking together top 20 iOS & Android apps of 2012, we, fervently, fished out the best mid year Android Games of 2012. The criteria used for evaluation of games is, based upon the productive value, creativity & utility for users which has been given most of the importance by the Appolicious community. However, Bare in mind that the games picked up were either released or updated in between 1st January and 30th June, 2012. So, take a shot; 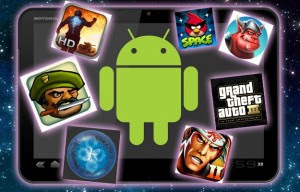 Draw Something by OMGPOP
It is like a touch-screen based unofficial variations of Pictionary. Its hell fun to play, that is the reason why millions of downloads took place in the first few weeks of the launch which are said to be faster than Angry birds and even Instagram downloads. The game is as simple as you would take it, yet it has the ability to leave you all flabbergasted and joyous. It also provides you with email and Facebook integration so if you want to multi-play it then there’s no problem because you can do that, no matter what android version your counter-part possesses. Moreover, it’s available for download at $2.99 so if you have not tried it out then it’s a wager, go & grab one right-now for utter enjoyment.       JAZZ: Trump’s Journey
This game is based upon the life of Louis Armstrong. The key is its aesthetic graphics, very well depicted 1920’s era New Orleans, in-control keys and of-course an absolute mood-upper soundtrack. The game definitely has a potential to turn up as a great platform for game-lovers, not only the fanatic ones but the newbies as well. It is also available at PLAY to download for $2.99.

Angry Birds Space
It would not be wrong to say, Angry Birds is the most talked about game of our time. When the new version was about to be out, expectations were going down or dwindling up-to the hilt that many thought, it would be just a slight variation of the previous version. But when the game came out in the hands of users, they got blown away by the new gravity-based mechanics, awesome new birds, a darker color palate and bizarrely amusing space aesthetics. Angry Birds Space is definitely a must-have game for Android users. It’s available for download at the meager cost of $0.99 at Android smart phones & $2.99 on Android tablets
N.O.V.A 3
If personal shooting is what you are looking for in gaming than NOVE 3 is your cup of tea. The beautifully animated graphics would make you swoon like an addict. It is said to be closer to having console game experience over mobile devices. Moreover, multi-player feature is another key of the game which let you share your game with 11 players.  Getting goose bumps, ehh? Well you can put your hand on the game by purchasing it from PLAY for $5.99 only, but bare in mind, it’s totally worth it.
Spellsword
As the name depicts, the gaming environment comprises on swords & wizardry stuff. Unique mechanics, retro graphics and music are the other features that would turn your experience into an ultimate one. You can rip your enemies apart into pieces and can keep moving on the levels, as the game proceeds. If you want to check it out then let me tell you that it is also available at PLAY for $0.99.
Publicat de bubugov la 9:08 PM 0 comentarii

Today, we will introduce MenuLibre, a project created by Sean Michael Davis that offers many advanced features for editing menus of desktop environments such as Gnome, Unity, LXDE, or XFCE. The user interface of MenuLibre is very simple to use and is based on GTK+. 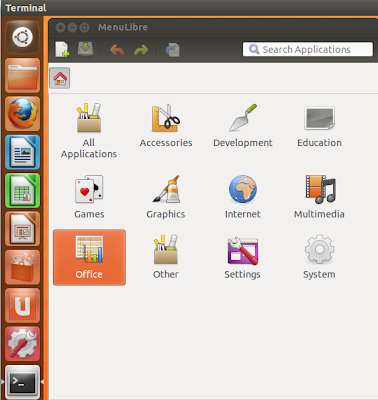 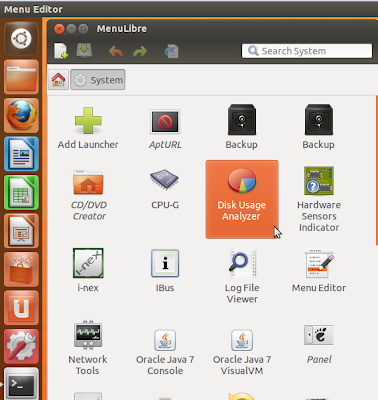 Here are some of the functions that you can do with MenuLibre: 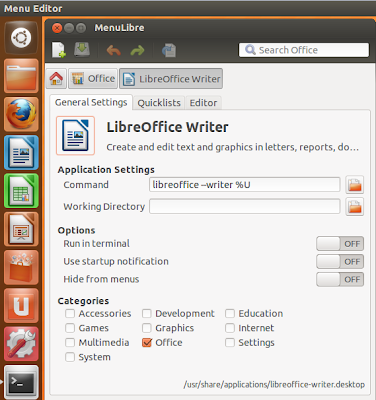 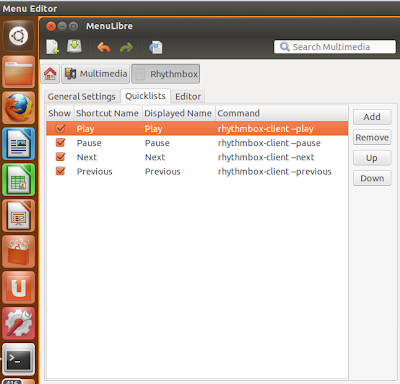 You can have an overview of MenuLibre by watching this video:

To install MenuLibre on Ubuntu 12.04/11.10 or Linux Mint 13 or older, open the terminal and run these commands:

When opening MenuLibre via the Unity Dash, you should select Menu Editor not Main Menu because they use both the same icon: 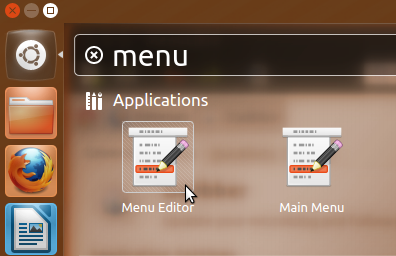 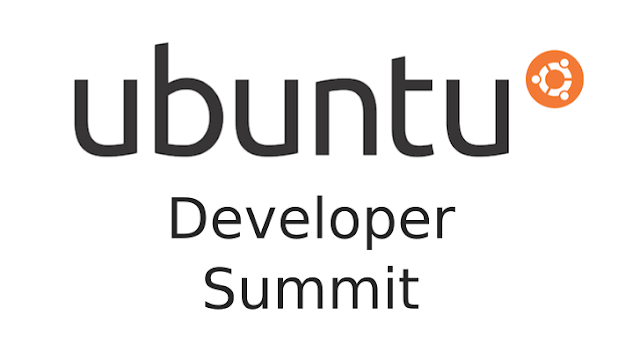 This is our first Ubuntu 13.04 article, about which we know nothing, except the fact that it will be released on April 25th, 2013.

Bella Centre will host this amazing event for the Ubuntu community, and attendees can book a room at the Bella Sky Comwell Hotel at a discounted price.

For more information about Ubuntu Developer Summit for Ubuntu 13.04 visit the official website, where you can also register for the event or ask for sponsorship. Travel information, as well as information on facilities are available on the Bella Centre website.
Publicat de bubugov la 9:03 PM 1 comentarii 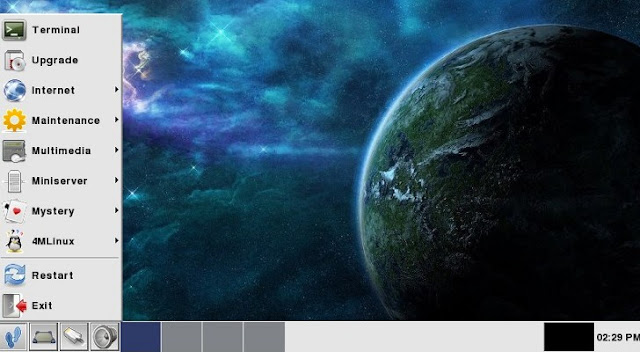 4MLinux Core 4.0 integrates all the new features introduced in the previous version, with an additional possibility of a fully automatic upgrade to 4MLinux Allinone Edition, when it will become available.

According to the developers, all the applications present in 4MLinux 4.0 have been compiled under Fedora 16. It will be used as the core for all the other editions: Allinone, Game, Media, Server, and Rescue. 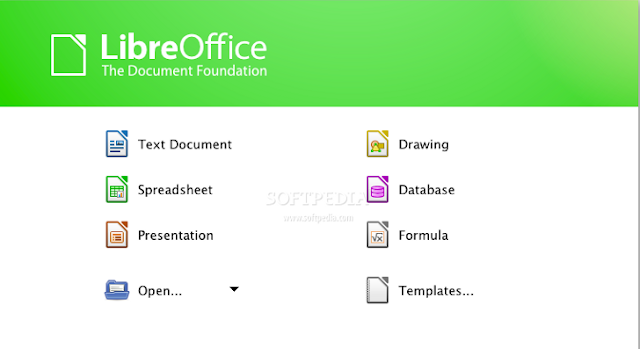 The Document Foundation has announced last evening, July 29th, that the fourth and final Release Candidate version of the upcoming LibreOffice 3.6 office suite is available for download and testing.

The stable release of LibreOffice 3.6 will see the light of day at the end of this week, most probably on August 2nd, 2012. 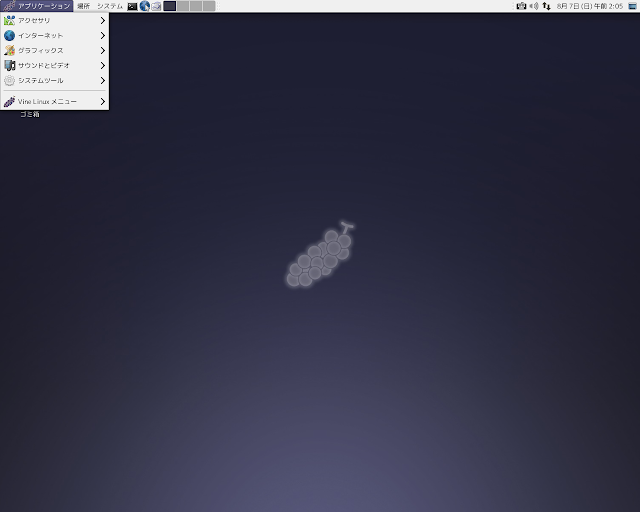 Daisuke Suzuki has announced the release of Vine Linux 6.1, the oldest and most prominent community distribution of Linux in Japan. This release, code-named "Pape Clement", comes after about a year of development and includes the following software applications and features: Linux kernel 3.0.38 with long-term support; Mozilla Firefox 14.0.1 and Thunderbird 14.0; X.Org Intel driver with support for Sandy Bridge and Ivy Bridge microarchitectures; LibreOffice 3.5.5; Adobe Flash Player 11.2 and Adobe Reader 9.4; OpenJDK 1.6 runtime; MPlus Outline and Aoyagi fonts; all errata notices since the release of Vine Linux 6.0. It is recommended that all 6.0 users upgrade to the 6.1 release as soon as possible. Read the release announcement and release notes (both links in Japanese) for system requirements and other information. Download links: Vine61-DVD-i686.iso (1,879MB, SHA1), Vine61-DVD-x86_64.iso (1,911MB, SHA256).
Publicat de bubugov la 7:55 AM 1 comentarii

iPhone 5 Production kicked off in ASIA

After getting the clump of news about iPhone 5, Taipei based reports affirmed another flash which states that iPhone 5 production has initiated by Pegatron in their factory located at shanghai Asia.  This indicates that the market is going to be bombarded by new iPhone in real time soon as Pegatron is one of the major manufacturers of iPhone.

This update is preceding the similar updates that broke up on surface early last week. In contrast, the previous updates were bit specific about the iPhone 5 by gallantly reporting about the back design of it whilst saying, back of the new iPhone has both glass and aluminum. Moreover, it has also been highlighted that the iPhone 5‘s most anticipated feature is a larger 4-inch class Retina display with a 16:9 aspect ratio. Previous iPhones have had a 3.5-inch display with a 3:2 aspect ratio. Lastly, murmuring anything about iPhone 5 beforehand is more like playing with the mystery balls however, commencement of iPhone 5 production is definitely a good news to be rejoiced over at a jiffy.
Publicat de bubugov la 12:10 AM 0 comentarii