How to Enable USB Support in VirtualBox 4.2.x under Ubuntu/Linux Mint

In this tutorial, we will show you how to enable the VirtualBox Extension Pack for the latest version of VirtualBox (4.2.4). For older versions, you may download them from here.

Open the terminal in Ubuntu 12.10/12.04/Linux Mint 13 or older and download VirtualBox 4.2.4 Oracle VM VirtualBox Extension Pack with these commands to your home folder: 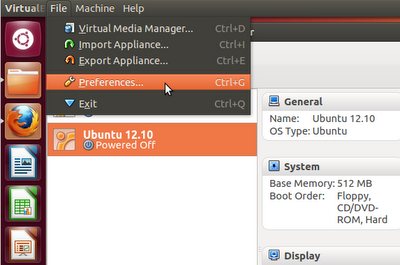 Open the Extensions tab, click the browse button and select the file that you have already downloaded in your home directory: 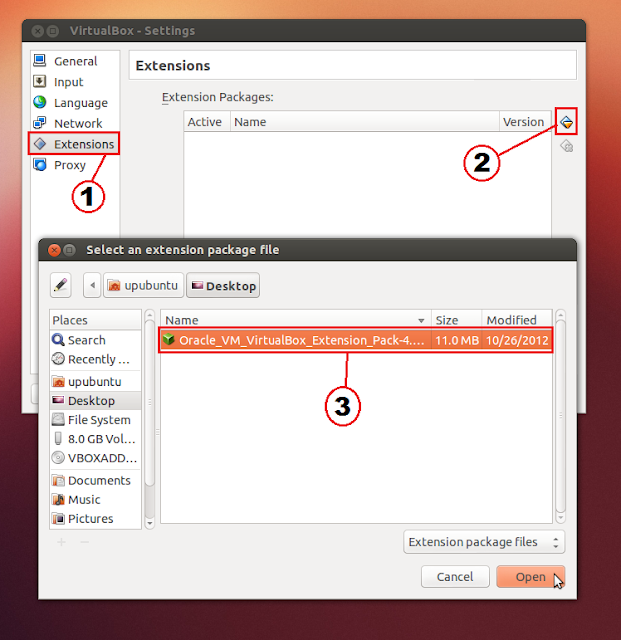 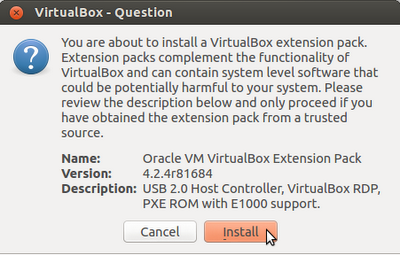 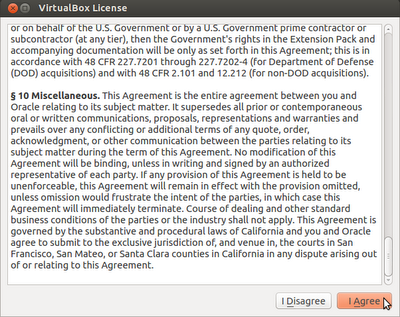 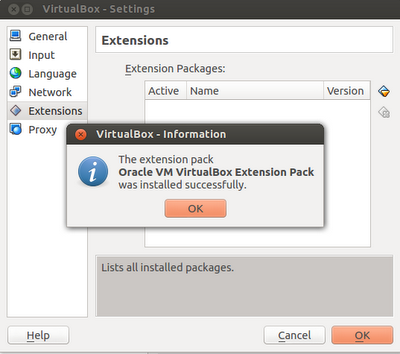 How To Configure VirtualBox (4.2.x) To Boot From A USB Device Under Ubuntu/Linux Mint

In this tutorial, we will see how to make VirtualBox (v4.2.x or older) boot from USB devices under a system running Ubuntu/Linux Mint. The method that we will use consists of mapping the USB device as a virtual disk and then mount it with VirtualBox.

If you haven't installed the latest version of VirtualBox under Ubuntu 12.10/12.04/Linux Mint 13, then do with the following commands:

Connect your USB drive to your computer/laptop, then open the terminal and run this command:


For my system, the USB stick is identified as /dev/sdb1:

Change /dev/sdb1 to your own usb flash drive name in the commands below.

Via the terminal, run these commands:


3. Boot From USB Device Under VirtualBox

Run now this command to map your usb drive as a disk image so that it can be mounted by VirtualBox:


The command above will create a disk image named usb.vmdk that will be associated with your USB flash drive (/dev/sdb1). Now, you can attach this vritual disk (usb.vmdk) to any of your current virtual machines.
Publicat de Unknown la 8:21 PM 0 comentarii

Cinnamon, a few days after the last update, advances to version 1.6.7! ‘imminent arrival of Linux Mint 14, which seeks to improve and update the desktop environment as quickly as possible: this is the reason why the updates one another so almost frantic!

Cinnamon , for those who does not know, is a desktop manager introduced in Linux Mint 12, which combines the functionality of Gnome 3.x and the ease of use of its Linux Mint, extending the Gnome 3 shell with some of the strengths of the now superseded shell Gnome 2.x ( a prime example are the panels and its applets). As I said earlier Clement Lefebvre , as well as active developer ringleader of the Mint team has announced release a minor update that give the manager version 1.6.7.

The minor update, this time, it touches mainly the ‘ look and feel of the desktop, by means of buttons and icons. Here’s the changelog:
Fixed

With Cinnamon has also been updated also Nemo (the file manager) to version 1.1.2 , which fixes a bug “invisible but important” related to the mechanisms of copy / paste files. You can find the official announcement of Clem in here .

The update is available within the repository system and will be carried out automatically, or alternatively can still update the system from a terminal, typing

In this case we will use the convenient repository (which, to date, are the official ones of the project): then open a terminal and type

We may use Cinnamon selecting it in the login screen.

Cinnamon 1.6.7 – Installation on other distributions

In download page Cinnamon provides the installation instructions for Fedora, OpenSUSE, ArchLinux, Gentoo, and Frugalware , as well as the link to the source tarball.
Publicat de Unknown la 10:50 AM 0 comentarii 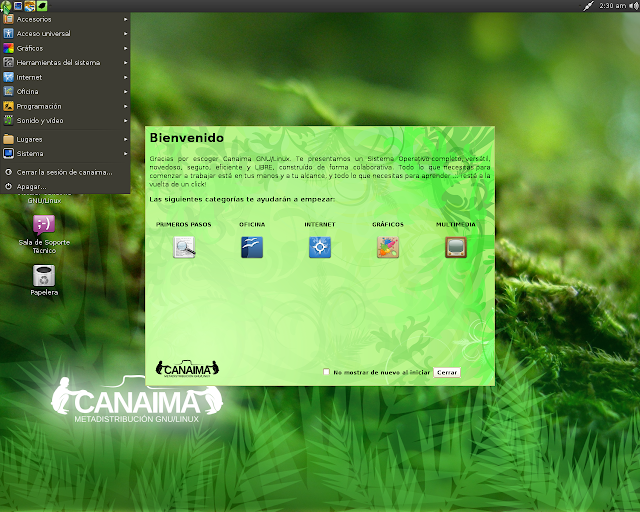 Canaima GNU/Linux is a Debian-based desktop Linux distribution from Venezuela. An updated build, version 3.1 based on "Squeeze", was released a couple of days ago. According to the project's website, the distribution is built in the spirit of social and technological policies leading to increased knowledge, innovation and technological independence in Venezuela and is meant for use in government organisations and communities of users. Some of the changes in this release include: software updates to LibreOffice 3.4, Cunaguaro 8.0 web browser with complete support for HTML 5, Turpial 1.6.6, Amigu 0.7.2; new applications, such as Ucumari - a control centre based on Ailurus Centro, Canaima Instalador - a new system installer written in Python, Software Center - a graphical package management front-end; newly included software applications.... Read the release announcement and also the detailed release notes (both links in Spanish) for further information. Download links: canaima-popular-3.1~estable_i386.iso (672MB, MD5), canaima-popular-3.1~estable_amd64.iso (696MB, MD5).
Publicat de Unknown la 10:48 AM 0 comentarii