One thing I noticed right away when I installed Ubuntu was that it didn’t have anything like MS-Paint that came with it. You can install heavier apps like GIMP or something but if you just need to do a quick resize or adding text then you might want something that loads instantly instead of waiting (Photoshop and GIMP just take too long to load). KolourPaint seems like a great replacement that should in my opinion be shipped with Ubuntu by default, anyways here is a screenshot and the quick and easy apt-get line.

If you want to install KolourPaint then you can click this link or enter the following command.

I hope this has helped somebody, don’t forget to share =)
Publicat de bubugov la 10:33 PM 0 comentarii

A new version for Audacity (2.0.1) has landed recently in the Audacity official repository. As a reminder, Audacity is a free cross-platform audio editor and renderer that allows users to edit/copy/cut/mix/splice audio files (MP3, WAV, OGG, etc.), record live audio coming from computer speakers or microphone, etc. 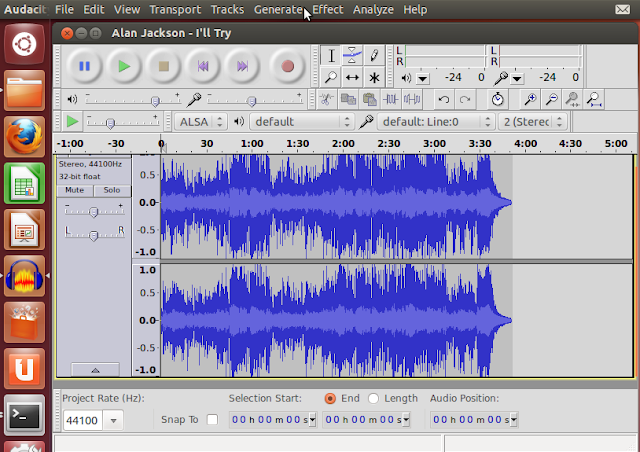 Changes and Improvements For Audacity 2.0.1


You can find complete changes for Audacity 2.0.1 in this link.

Since the introduction of the popular Mac OS X Dock, developers have begun to create similar dock applications compatible with other operating systems (Ubuntu, for example). For Ubuntu, there are many amazing docks for the Gnome desktop such as AWN (Avant Window Navigator), Cairo Dock, Docky, etc. Most users use these docks mainly to decorate their desktop to make it look amazing.

There are many dock applications we have already covered in this blog, but today we will introduce another dock called Plank that was created by the same team that created Docky. What is special in Plank is its lightweight size, simplicity and speed. Another good feature for Plank is the autohide feature that is enabled once you pass a window over it. The only drawback with Plank is the lack of a GUI that allows us to configure it like changing themes, icon size, dock position on the screen, and so on. But, you can do this manually as described below.

You can install Plank on Ubuntu 12.04/11.10 or older with the following commands:

You can now start Plank from the Unity Dash. Once started, you can either pin programs shortcuts by dragging its launcher from the Unity dash into the dock, or open the program and right-click its icon on the Plank dock and select "Keep in Dock":

Using a different themes for Plank is a bit complicated, but here is how to change the default Plank theme:

- Make a backup copy of your default theme so that you can restore it later. This can be done as follows:

- If you want to restore the default theme, you can run now these commands:

To adjust icon size, disable the autohide feature, change dock position, etc. you can edit the settings file with this command: 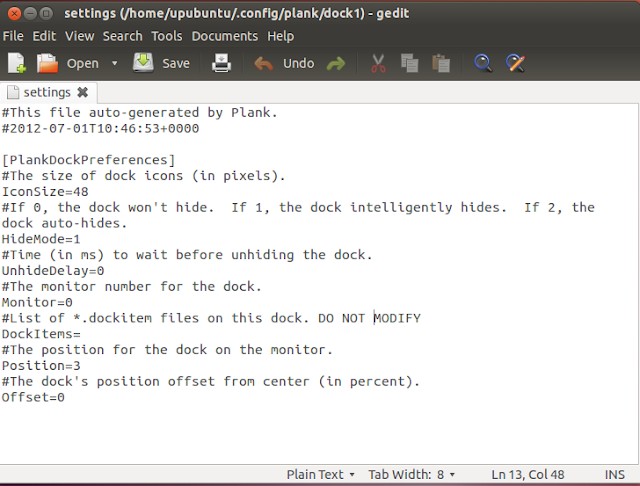 For the dock position, the default value is 3, but here are some other options:

After you finisih your modifications, save your file and exit, then restart Plank.

Use mencoder to make videos in slow motion 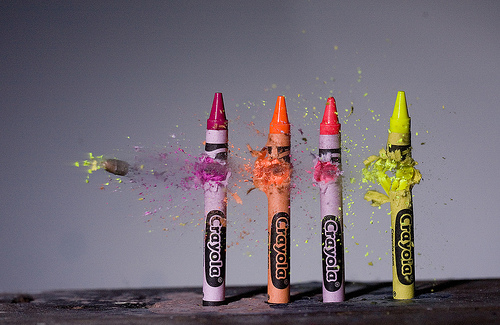 Making a video in slow motion is actually nothing special since there are plenty of video editing tools with a lot of cool features for you to use. However, if you just want to create a short video in slow motion to upload it to youtube, you can run a simple command in the terminal with the help of mencoder.

Mencoder is a command line video decoding, encoding and filtering tool and it can convert every format that can be run in MPlayer. To use mencoder, you will need to install it first. In Ubuntu and other Debian-based distro, the command to install mencoder will be:


To use mencoder to convert a video into slow motion, the command will be:

In this command, "-speed 1/4" is the parameter to determine the speed of the output video. If you want to have the output in faster motion, change 1/4 into another number that is bigger than 1. But when converting to faster motion, the video quality is not really good.

"-nosound" is to turn off the sound in the output video because after you change the video speed, the sound speed will be changed too.That's why I prefer no sound over a prolonged sound. But if you want to have sound, you can use "-oac" with an option for audio encoder. To know more about the option of audio encoder, you can run

Here is an example of how it works. This is a funny video of a football fail:

And here is this vid in slow motion, I reduced the speed by a factor of 3 here:

Some notes about our page update | Sticky

We had an update today and I thought to quickly explain some concepts behind it becausel many people have commented or emailed us about our page design; so here it is.
Our goal is to build a clean but yet powerful page and make it as much Gnomish as we can.  So we introduced Gnome top panel and Activities button. Activities button since today had no use other than opening categories. Well, today we changed that a bit, but actually still does nothing because is more a mockup :)
Before..

So by pressing Activities now (it currently works only in homepage) we have a totally different screen. I did this because I don’t like to super-load the sidebar with stuffs, ending to have a totally unreadable page.  So all the extra things will get into here. Right now that works only by pressing Activities button, but I ll include some key, I guess “a”.
Also I made some quicklists in the dock menu similar to the Gnome’s Quicklists and might also make a Post Menu, similar to Gnome’s Application Menu when you are inside the post. Of course I will remove the ad from top bar and put the Menu there.
The reason I upload unfinished things online, is cause there isn’t other way to try them. Some services like Disqus are bind on domain, and as I used Ajax on this I have to debug it live.
Page is totally unfinished ..but I haven’t much free time.. or I get lazy sometimes :)
Publicat de bubugov la 8:09 AM 0 comentarii

NetworkManager 0.9.6 Will Have Better IPv6 Support

A new development release for the upcoming NetworkManager 0.9.6 has been announced yesterday, June 29th.

Among other features we can mention that the ability to connect to new Wi-Fi networks from nmcli was added, native support for ADSL modems using PPPoATM or PPPoE, on-demand Wi-Fi scan support, and Vala language bindings.

Moreover, the IPv6 default gateway handling for DHCPv6 was fixed in this release, and the number of changes made to DNS information during connection setup were reduced.