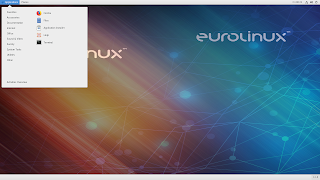 EuroLinux is an enterprise-class Linux distribution made and supported by the EuroLinux company, built mostly from code of Red Hat Enterprise Linux. The project's latest release is EuroLinux 7.9 which enters a new phase of support. "Because EuroLinux 7 is in the second phase of support, there are no revolutionary changes. It is the same stable, mission-critical, proved operating system in which many packages were updated and upgraded to a higher version. It should be anticipated since Enterprise Linux 7 during its life was repeatedly subjected to a reasonably common, aggressive rebase, that is, upgrading packages to recent, nevertheless proven and reliable, versions. Among the most significant changes are: sssd upgraded to version 1.165; pacemaker and stack responsible for clustering updated to version - 1.1.23; MariaDB database updated to this year's version - 5.5.68." The release announcement goes on to mention that EuroLinux 6 raches the end of its normal life cycle on November 30, 2020. However, customes can purchase extended support after this date. EuroLinux can be purchased through the distribution's contact page. 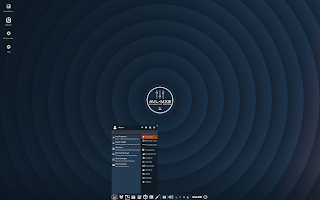 Glen MacArthur has announced the release of AV Linux 2020.11.23, the latest version of the multimedia-oriented distribution with a collection of audio and video production software. This is the project's first build based on MX Linux and it also features separate editions for x86_64 (with Xfce) and i386 (with Openbox) platforms: "After several months of behind-the-scenes work, two ISO images of the brand new 'AV Linux MX Edition' have been released. With 32-bit Xfce/Openbox and 64-bit Xfce editions, this new project is based on MX Linux 19.3. The MX development team is aware of this project and have kindly provided assistance and a warm welcome but it is important to note that this project is an unofficial respin and at the current time not under the umbrella of the antiX/MX projects. MX is the new home base of AV Linux and I'm very excited about combining the phenomenal tools and utilities of MX with the well-known content-creation focus that has defined AV Linux since 2008. Highlights of this release: Linux kernel 5.9.1, includes the Bluetooth stack security fix; greatly expanded AVL-MXE Assistant; new custom 'Diehard' and 'Earth' themes...." Here is the full release announcement with a screenshots and video overview. Download (pkglist): AVL-MXE-2020.11.23-xfce4-amd64.iso (3,521MB, SHA512), AVL-MXE-2020.11.23-openbox-i386.iso (2,882MB, SHA512, username: demo, password: demo).