Show Widget on Desktop with PlexyDesk

PlexyDesk is an extension for your desktop which lets you use your desktop background efficiently. It's powered by Nokia Qt Framework. If you have some scripting skill, you can customize your dekstop with QML and PlexyDesk C++ API, make theme packs (skins) using QML and share it with your friends. 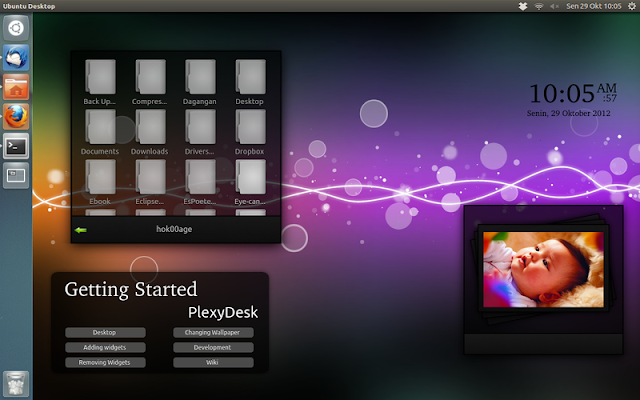 PlexyDesk features:
PlexyDesk is in early stages so it has many disadvantages such as: we can't change the size of the widgets and there is no support for removing widgets. If you want report bugs, issues, ideas, and suggestions please visit here.

Installation on Ubuntu
Unfortunately, there is no package for Ubuntu 12.10 Quantal Quetzal yet. Otherwise, Ubuntu 12.04 Precise Pangolin users and older version can install PlexyDesk with its official PPA.
Stable build:

André Fabian Silva Delgado has announced the release of Parabola GNU/Linux 2012.10.17, a new version of the project's Arch-based distribution containing strictly free software only: "There is a new install medium available. We plan to release new installation media monthly. The live system can be used for new installs or as a rescue system. We have updated packages, fixed bugs and we have done the following visible changes: first medium with Linux-libre 3.6 (3.6.2) with Atheros AR8162 (ALX driver) support; the script boot parameter works again; when booting via PXE and NFS or NBD the ISO will be copied to RAM to ensure a more stable usage; the live medium contains usb_modeswitch and wvdial which allows to establish a network connection using an UMTS USB dongle; the newest version of systemd and netcfg are included.... Read the remainder of the release announcement for further details. Download from here: parabola-2012.10.17-dual.iso (368MB, torrent).
Publicat de bubugov la 4:39 AM 0 comentarii

Ryan Finnie has announced the release of Finnix 106, a small, self-contained, bootable Linux CD distribution for system administrators, based on Debian's testing branch: "Today I am pleased to announce the release of Finnix 106, which contains an important kernel update as well as minor fixes and improvements. Finnix 106 includes Linux kernel 3.5, and notably fixes a major bug observed in Finnix 105 where booting would freeze if the system's disk included an extended partition. With Finnix 105, Project NEALE was announced - an effort to build Finnix releases in a completely automated and normalized way. Finnix 105 was the first release to be produced with NEALE, but the build infrastructure was not available to the public at the time. For Finnix 106, the build infrastructure has been finished and released to the public. See the release announcement and release notes for more details. Download (MD5): finnix-106.iso (176MB, torrent), finnix-ppc-106.iso (118MB, torrent).
Publicat de bubugov la 4:38 AM 0 comentarii 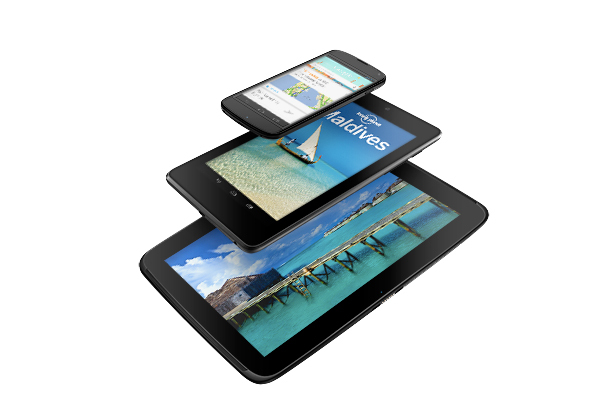 Google may have cancelled today's event due to hurricane Sandy, but they've still gone ahead with announcing the Nexus 4 smartphone built by LG and the Nexus 10 tablet build by Samsung. Both devices come with Android 4.2 which adds Gesture Typing, allowing users to glide fingers over letters to type, support for wireless display, allowing users to watch movies and play games on a Miracast-compatible HDTV, and multiple user support (on tablets).
Nexus 4

The Nexus 4 features a 4.7-inch 1280 x 768 IPS display (320ppi), a 1.5GHz quad-core Snapdragon S4 Pro processor, 2GB Of RAM, a 1.3 megapixel front facing camera, 8 megapixel rear camera, up to 16GB of storage, NFC, Bluetooth, and wireless charging via Google's new Wireless Charging Orb (see image below). The back is made of glass and features a sparkley pattern underneath the surface.

The device will go on sale unlocked for $299 with 8GB of storage and $349 with 16GB from the Google Play store in the U.S., U.K., Australia, France, Germany, Spain and Canada on November 13. T-Mobile will also sell the device unlocked for $199 on a two-year contract.
Nexus 10

Google also announced a 32GB version of its Nexus 7 tablet for $249, along with a 32GB version with HSPA+ mobile data for $299, which can operate on more than 200 GSM providers worldwide according to Google.

Mylo Xylotheme is an icon theme that you can use with Unity or Gnome Shell desktop environment. In this tutorial, we will help you install it under Ubuntu/Linux Mint from PPA.

The PPA is supported by the following Linux distributions:

Open the terminal and run these commands:


To enable it, use this command:


Here is a screenshot of it under Ubuntu Unity:

In this tutorial, we will introduce five popular extensions that are still not updated in the Gnome Extension Website for the Gnome 3.6 desktop environment. I have added them to our PPA to make them installable in Ubuntu 12.10 Quantal Quetzal with Gnome Shell 3.6 enabled.

If you haven't already installed Gnome Shell 3.6.x in Ubuntu 12.10, you can install it with this command:

You need to use Gnome Tweak Tool to enable/disable the extensions given below:

Also, after installing any Gnome Shell extension from PPA, you need to restart Gnome Shell with these keys in order for the extension to show up in Gnome Tweak Tool:

To add the extension PPA to your system, run these commands from the terminal:

This extension will force the top panel of Gnome Shell to hide. It will show up only when hovering your mouse cursor over the upper edge of the screen. 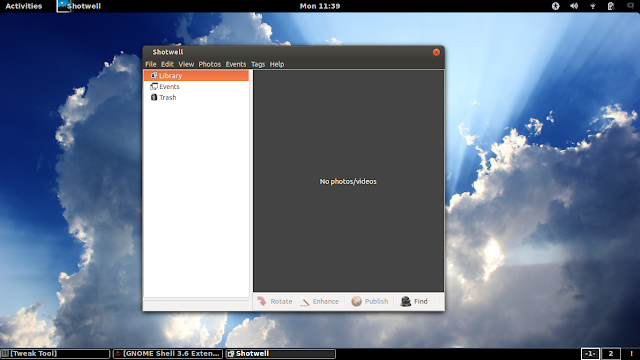 This extension will show up a taskbar at the bottom of your screen like in Gnome2.


3. Move Top Panel To The Bottom With Reflection 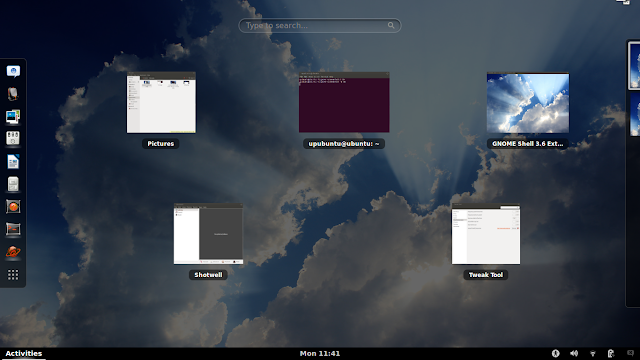 The Reflection extension will force your top panel to appear at the bottom of your screen.

This extension will show up current opened programs icons when enabling the overview mode.

This extension will display your favorite programs in the top panel.