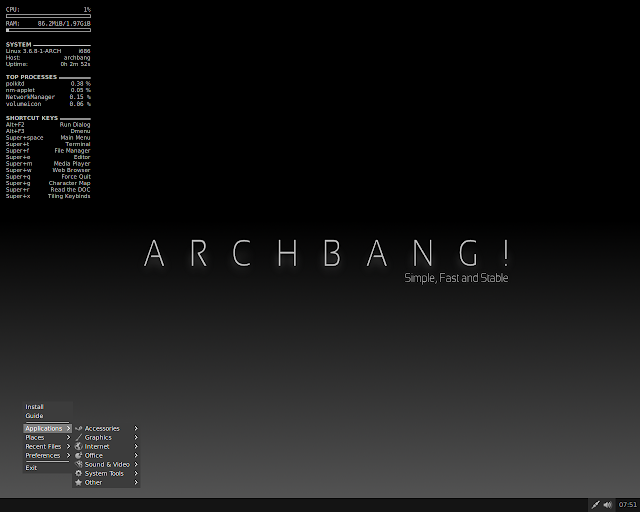 Stan McLaren has announced the release of ArchBang Linux 2012.12, a new stable version of the project's lightweight desktop distribution based on Arch Linux: "ArchBang Linux 2012.12 is out in the wild. If you are already running ArchBang smoothly on your system then you don’t need to install the new release. This 2012.12 release is a full systemd version with our latest set of minimal packages and Openbox for the competent Linux user. A few changes for this release: Linux kernel 3.6.8; GnomishDark theme with Shakey-Stapler-Dark widget; updated Openbox menu; dbus-launch removed. ArchBang still plans to have four major releases per year. Due to upgrades and improvements to the Arch Linux system, ArchBang will continue to release unofficial test images between official releases to address changes and prevent excessive workarounds in installing and updating newly installed systems." Here is the brief release announcement with a screenshot. Download (MD5): archbang-2012.12.03-i686.iso (545MB), archbang-2012.12.03-x86_64.iso (548MB).
Publicat de Unknown la 10:35 PM 0 comentarii

How To Run JNLP Files Under Ubuntu/Linux Mint

In this tutorial, we will show you how to run .jnlp files in a system running Ubuntu/Linux Mint. The extension jnlp (Java Network Launching Protocol) is used to launch and manage Java programs via the internet or network. If you have downloaded a *.jnlp file on your computer and don't know how to execute it, you can simply use javaws to run it.


Via the terminal, cd to the folder containing your plnp file and run this command:

MSGViewer is an application that allows users to preview Microsoft Outlook MSG files in a Linux-based system. This application is packaged in PLNP file. To run it, you can use the following commands from the terminal: 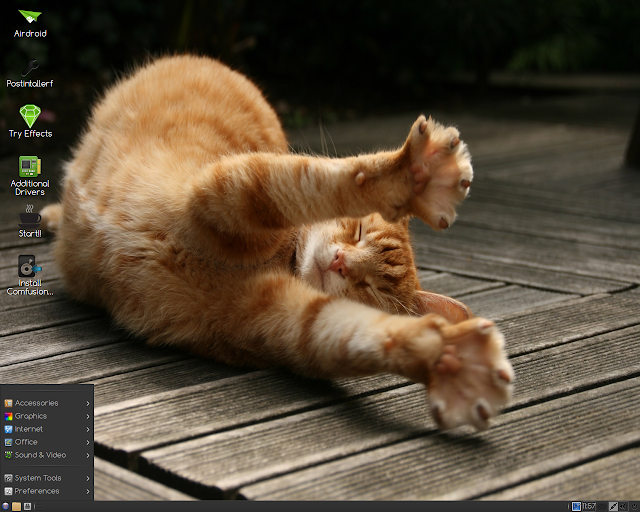