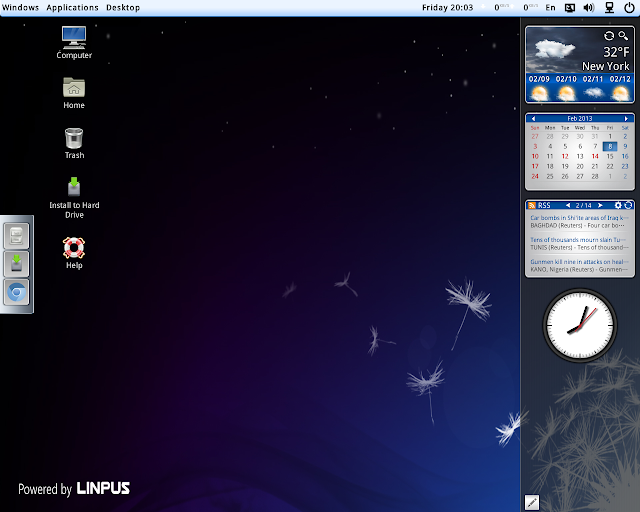 Linpus Linux 1.9 "Lite", a desktop Linux distribution featuring a customised GNOME 3 desktop with HTML 5 widgets and support for touch screens, has been released: "Linpus, a leader in the field of open-source software in the consumer space, announced the release of the latest version of their Linux distro, Linpus Lite. Linpus Lite has both full touch-based and mouse and keyboard-style launchers that can be easily swapped between through a menu item on the top bar or a touchpad gesture. Both look and user experience are designed to match whether you want to interact with the device through touch or through your keyboard. In addition, for key applications multi-touch behavior has also been added. Linpus has also worked very hard on web app integration in several ways. Anyone with a Chrome webstore account can login and automatically sync their Chrome applications to the launcher." See the press release for more information. Download: Linpus-Lite-1.9.1-x86_64-LiveCD.iso (516MB).
Publicat de Unknown la 2:57 PM 0 comentarii