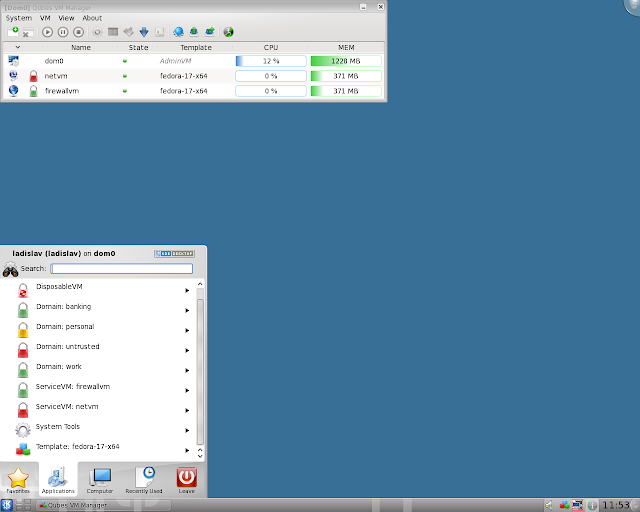 Joanna Rutkowska has announced the release of Qubes OS 1.0, a Fedora-based security distribution for the desktop with a number of isolated domains implemented as lightweight virtual machines running under Xen: "After nearly three years of work, I have a pleasure to announce that Qubes OS 1.0 has finally been released. Qubes OS is an advanced tool for implementing security by isolation on your desktop, using domains implemented as lightweight Xen virtual machines. It tries to marry two contradictory goals: how to make the isolation between domains as strong as possible, mainly due to clever architecture that minimizes the amount of trusted code, and how to make this isolation as seamless and easy as possible. Again, how the user is going to take advantage of this isolation is totally left up to the user." Read the release announcement and visit the project's security goals page to learn more. Download: Qubes-R1-x86_64-DVD.iso (1,668MB, torrent).
Publicat de bubugov la 3:43 PM 0 comentarii 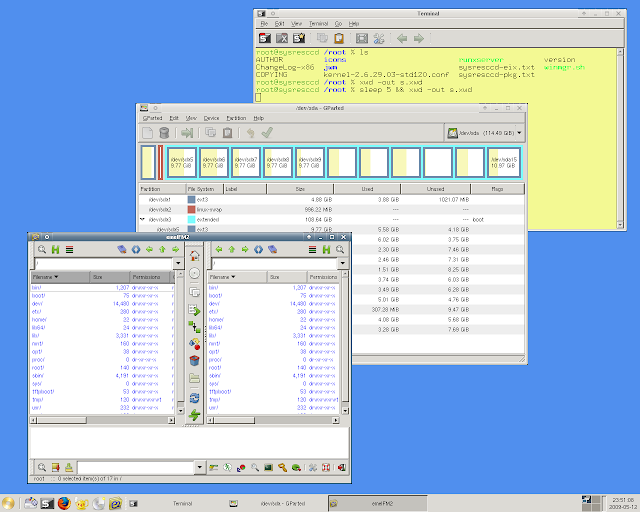 A quick tip for Chromium users who are using Ubuntu 12.04: the Chromium PPAs (Stable, Beta, Dev and Daily) haven't been updated since Chromium 18 but if you want to use the latest Chromium browser in Ubuntu, there are two new PPAs you can use, thanks to Alex Shkop.

The two Chromium PPAs are for Ubuntu 12.04 LTS Precise Pangolin only for now, one for the latest stable Chromium (version 21) and one for the development builds (version 23 at the time I'm writing this post).


Add the stable PPA and install Chromium in Ubuntu 12.04 using the following commands:

Or, if you want the latest dev builds in Ubuntu 12.04 Precise Pangolin, use the following commands:

According to the recent report published by IDC this week,  worldwide server market revenues decreased 4.8 percent year-over-year in Q2 2012. This is the third consecutive quarter of year-over-year revenue declines for the server market. The market is "working its way through a number of technology transitions impacting customer demand for x86, Unix and mainframe-class systems," said Matt Eastwood, group vice president and general manager for enterprise platforms at IDC, in a released statement. "Economic uncertainty is weighing on the market and the sales cycle is lengthening." 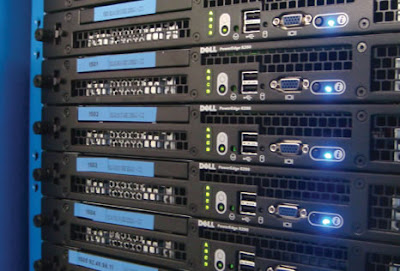