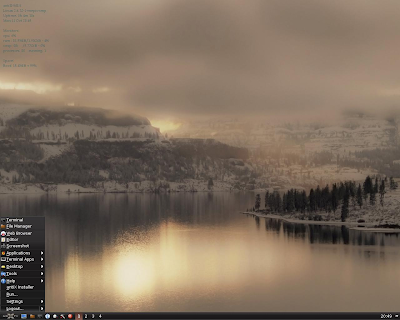 antiX M11, a lightweight offshoot of MEPIS Linux designed to run on computers with as little as 64 MB of RAM, has been released: "Just over a year since the release of antiX M8.5, the antiX team is pleased to announce that antiX MEPIS 11 'Jayaben Desai' - a fast, light, very flexible and complete desktop and live CD based on Debian 'Testing' and SimplyMEPIS - is now available in full, base and core versions (for i686 and i486 kernel). This release defaults to a fully customised IceWM Rox desktop (Fluxbox, wmii and dwm are also installed) using a SimplyMEPIS 2.6.36 kernel, our own assistants to help configuration, and the usual range of applications for desktop use. Latest Iceape (2.0.13) for Internet needs, AbiWord (2.8.6) and Gnumeric (1.10.14) for office use, GMMP and Goggles music manager (0.12.1) for audio, gxine, MPlayer and GNOME MPlayer for video...." Continue reading the release announcement for further information. Download: antiX-M11-486.iso (678MB, MD5), antiX-M11-686.iso (680MB, MD5).
Publicat de bubu la 12:26 PM 0 comentarii

Josh Paetzel has announced the release of FreeNAS 8.0, a FreeBSD-based system providing free Network-Attached Storage (NAS) services: "I'm pleased to announce the availability of FreeNAS 8.0-RELEASE. FreeNAS 8.0-RELEASE supports NFS, CIFS, AFP, FTP and TFTP as file sharing mechanisms. It also supports exporting devices via iSCSI as an iSCSI target. Active Directory or LDAP for user authentication. The ZFS and UFS2 file systems are supported. ZFS is the primary file system and enables usage of many features, including quotas, snapshots, compression and replication that are not available in UFS2. This release is based on FreeBSD 8.2, but this version of FreeNAS is called 8.0 as there are future plans to add functionality that will get the versions catch up." Read the rest of the release announcement for further details and errata. Download (SHA256): FreeNAS-8.0-RELEASE-i386.iso (103MB), FreeNAS-8.0-RELEASE-amd64.iso (105MB).
Publicat de bubu la 12:25 PM 0 comentarii