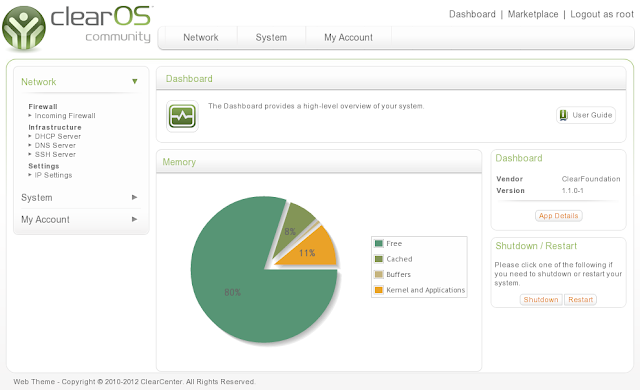 Peter Baldwin has announced the release of the second beta of ClearOS 6.4 "Community" edition, a CentOS-based server, network and gateway operating system designed for homes, hobbyists and small organisations: "ClearOS Community 6.4.0 Beta 2 has arrived. Along with the usual round of bug fixes and enhancements, this release introduces a new reports engine, a storage manager, an anti-malware file scanner, RADIUS, a basic POP/IMAP server, mail retrieval (Fetchmail) as well as upstream proxy support. Over the last few weeks, there was a lot of focus on squashing bugs and improving little usability issues. From the modernized installer to the easy to use Marketplace, ClearOS 6 has matured to be our best offering. It's not only the core platform that has had a facelift, but also the individual apps and solutions. For example, Zarafa's solution with two great webmail interfaces, Outlook support, and out-of-the-box mobile synchronization." See the release announcement and release notes for further details. Download (MD5): clearos-community-6.4beta2-x86_64.iso (666MB).
Publicat de Unknown la 7:21 AM 0 comentarii 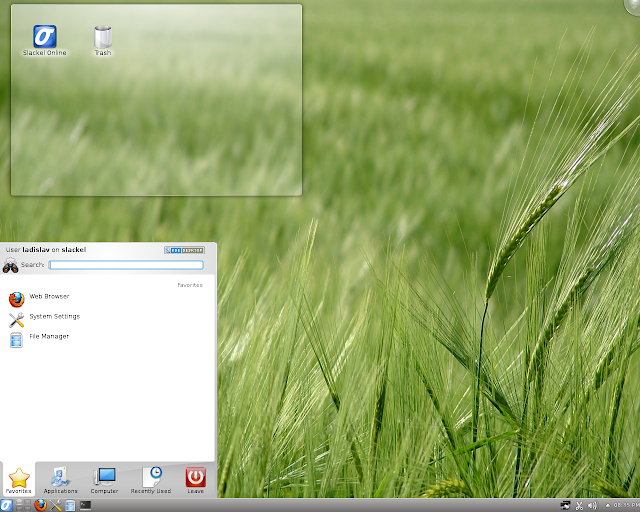 Dimitris Tzemos has announced the release of Slackel 2.0 "Openbox" edition, a lightweight desktop Linux distribution based on Slackware's "Current" branch: "Slackel Openbox 2.0 has been released. Slackel is based on Slackware and Salix. It uses the excellent Salix tools and Salix packages. A collection of two Openbox ISO images are immediately available, including 32-bit and 64-bit installation images that can be burned to a CD. Slackel Openbox 2.0 includes the current tree of Slackware and Openbox 3.5.0 accompanied by a very rich collection of software. Linux kernel is 3.7.10. The Midori 0.4.8 web browser, Claws-Mail 3.8.1 and Transmission are the main networking applications included in this release. SpaceFM is the file manager. It comes also with OpenJRE 7u9, Rhino, Icedtea-web, Pidgin and gFTP." Read the rest of the release announcement for more information. Download (MD5): slackel64-openbox-current-2.0.iso (617MB) slackel-openbox-current-2.0.iso (677MB).
Publicat de Unknown la 7:20 AM 0 comentarii