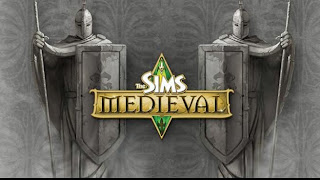 Series The Sims comes back in the remote past! The Sims Medieval is new game The Sims with the improved drawing, unique features and new ways of game, its action is transferred to the Middle Ages.

For the first time players can create heroes, make feats and even to construct own kingdom.

They are waited by the live world full of adventures and amusing stories, dramas and romanticists, - the present world of the Middle Ages! 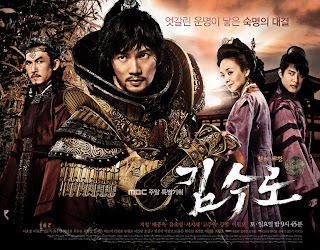 This drama charts the life of Kim Soo Ro, legendary founder of Geumgwan Gaya, the ruling city-state of the Gaya confederacy, which dominated sea trade and iron working during the Three Kingdoms Period. Kim Soo Ro's fiery temperament, charisma and intelligence are his only defense in the extended political struggle, with competition for the throne from his half-brother and lifelong rival, Ijinashi, his former friend Suk Tal Hae, and the dangerous ambitions of Shin Kwi Gan.
Publicat de bubu la 9:54 PM 0 comentarii 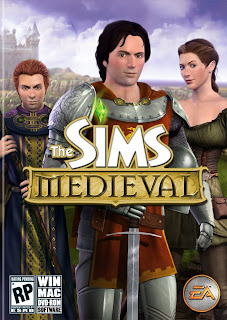 Developed by the award-winning The Sims studio, The Sims Medieval is a new stand-alone game offering a fresh setting, a new look, an exciting new set of features gameplay mechanics, and all-new features.The Sims Medieval lets you experience the medieval era with Sims you create and control: kings, queens, knights, wizards, spies, blacksmiths, merchants, bards and many more. You will create heroes, choose quests, build your kingdom, and create epic tales full of drama, romance, conflict and comedy.Built with next-gen Sims tech and features:A world of Sims filled with stories, adventures, romance, drama and comedy Enhanced environment and character graphics, lighting, and gameplay Rich dramatic medieval setting:Experience epic stories of the age, full of drama, fantasy, conflict, comedy, romance, and intrigue Heroes:Create Hero Sims and build up their skills and send them on epic questsQuests

rive your kingdomÆs story - Good or evil, cruel or kind, romantic or warlikeKingdom Building:Start with an empty field and build up your kingdom, deciding its ultimate ambition and working to achieve its destinyDiving in a bit deeper:The Sims Medieval offers Achievements to reward you for your skill in reaching your ambitions and completing your Quests.

The Sims Medieval allows you to play every Hero Sim in your kingdom, not just the Sims in one household.There is a magic system, and your wizard will learn a variety of powerful spells.There is a crafting system, allowing your blacksmith to forge weapons of varying quality and physician to create cures for a variety of ailments.There is a diplomatic system, allowing you to negotiate trade and declare war on surrounding kingdom.

The objects your Sims will interact with
rangefrom profession-oriented objects like the Blacksmith's forge and anvil and the PhysicianÆs operating table to medieval food-preparation objects such as a roasting spit and cook-pot hanging over a fire.The buildings are custom-crafted for each profession, from the MonarchÆs Great Hall in the castle to the Tavern for the Bard to the WizardÆs Tower.The art style is painterly, with a hand-crafted look to befit the medieval setting.And yes, there is fishing.

A young girl is institutionalized by her wicked stepfather. Retreating to an alternative reality as a coping strategy, she envisions a plan which will help her escape from the facility.

The Greatest Movie Ever Sold 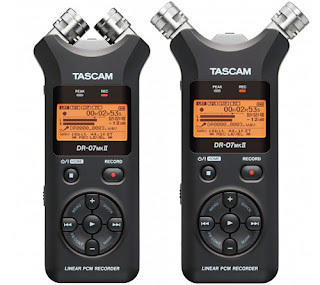 Its $279.99 MSRP will probably keep it out of the hands of most students looking to record lectures, but for professionals capturing an interview or even an impromptu performance, Tascam’s new DR-07MKII provides a bit of flexibility. Most high-end, all-in-one audio recorders these days feature a set of stereo condenser mics in an XY configuration (pointed in towards each other) but the DR-07MKII allows you to flip them out to an AB configuration as well, better suited for capturing audio from a larger source, like a choir for example.

As far as other features go, the DR-07MKII has everything that’s standard these days with these types of recorders, including high quality WAV or MP3 recording capabilities, auto or manual levels setting, a peak reduction function to automatically set the optimal recording level, an overdub mode which also keeps a copy of the original clip, a built-in reverb effect and support for microSDHC cards up to 32GB in size. And on a set of easily replaceable AA batteries it can record for 17+ hours. Available March 31. 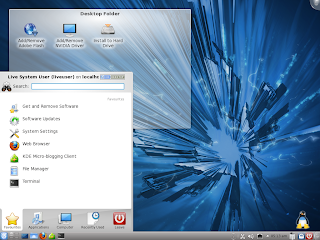 Chris Smart has announced the availability of the fourth beta release of Kororaa 14, an user-friendly Fedora-based distribution for the desktop: "Kororaa 14 (Nemo) beta 4 has been released for download in 32-bit and 64-bit flavours with KDE and GNOME. In this release, we have made RPM packages for all the extra applications and extras that Kororaa installs. The Kororaa RPM repository is now online and all future changes will be pushed automatically through system updates. New features: latest packages including updated Linux kernel, latest KDE and GNOME; packaged all Kororaa applications (including Firefox add-ons) and extras into RPM repository; changed default Firefox home page, added links to Kororaa forums; added Audacity for KDE (already in GNOME); added AAC support (via faac); Back-in-time backup tool for KDE (still deja-dup for GNOME); added Miro (internet TV) to KDE...." The release announcement. Download (SHA1): Kororaa-14-Beta4-i686-Live-KDE.iso (1,677MB), Kororaa-14-Beta4-i686-Live-GNOME.iso (1,498MB), Kororaa-14-Beta4-x86_64-Live-KDE.iso (1,731MB), Kororaa-14-Beta4-x86_64-Live-GNOME.iso (1,538MB). 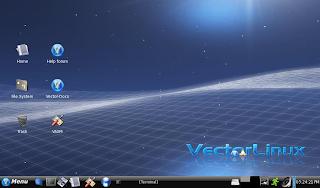 Robert Lange has announced that the second beta release of VectorLinux 7.0 is available for testing: "The VectorLinux development crew is proud to announce the beta 2 testing cycle of VectorLinux 7.0. There have been numerous changes since the beta 1 release. The kernel is version 2.6.38, glibc is 2.13 and everything else is up to date with Slackware 'Current'. We have the new Xfce 4.8 with 4.8.1 patches in place along with Cairo-Dock (now Glx-Dock), latest AbiWord, Gnumeric, Scribus, Inkscape, Shotwell and a vast array of other programs in all categories at their latest stable versions. We have tried to squash the major bugs that occurred during the first beta cycle which includes updates to the kernel, Firefox, iptables, Glx-Dock, Fluxbox, ConsoleKit and added ePDFView as default PDF file reader. We also added over 300 packages to the VectorLinux 7 repository." Here is the brief release announcement. Download: VL7.0-STD-Beta-2.iso (700MB, MD5).