Riot Games have notified all EU West and EU Nordic & East League of Legends players warning them that their account details may have been compromised by hackers.
Some players’ email addresses, encrypted account passwords, and dates of birth have been leaked. As a precaution Riot recommend you change your account password immediately by logging in here and clicking “my account” page in the top right.

A post from the President and CMO of Riot provides more detailed infomation. According to the post, “Even though we store passwords in encrypted form only, our security investigation determined that more than half of the passwords were simple enough to be at risk of easy cracking.”
Riot have “fixed the security issue” and “hired experts” to make future breaches “less likely.”
The post also offers a sincere apology for the breach: “We’ll continue to invest in security measures, including password hashing and data encryption, state-of-the-art firewalls, SSL, security ninjas, and other security measures to make your info safer. We’ve been humbled by this experience and know that nothing guarantees the security of Internet-connected systems such as League of Legends. We can simply promise to try our very best to protect your data.”
Riot are the latest in a long list of high profile devs to fall victim to hackers. Valve, Sony, Codemasters and Bioware have all been targeted. 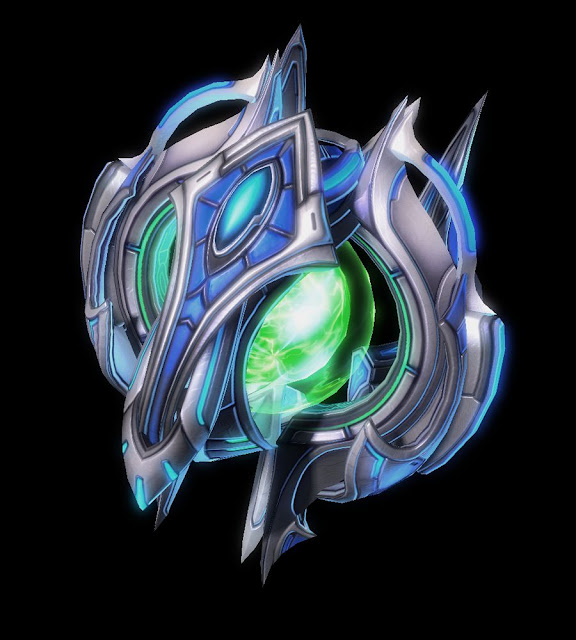 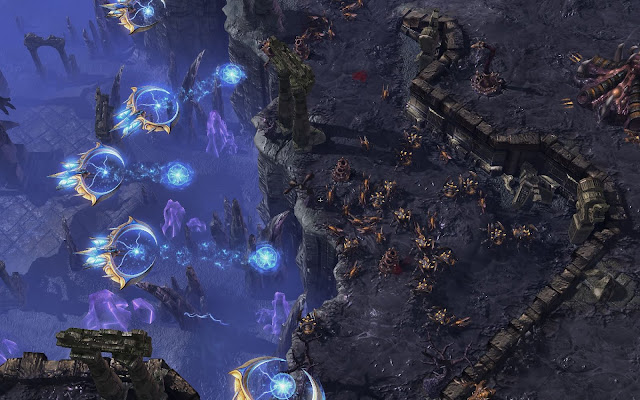 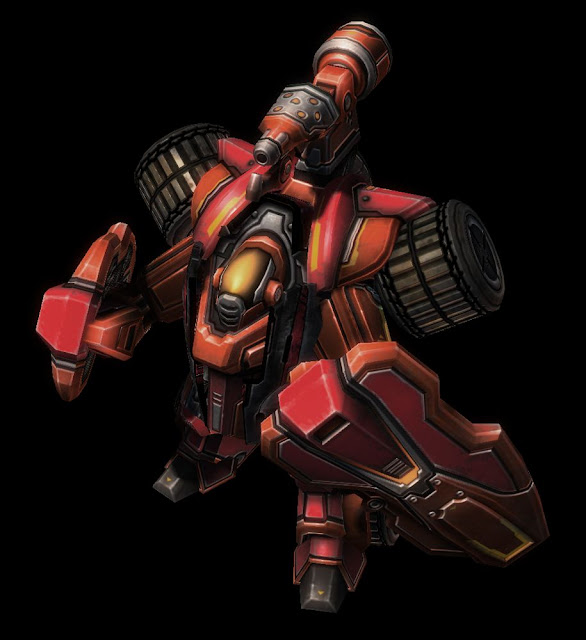 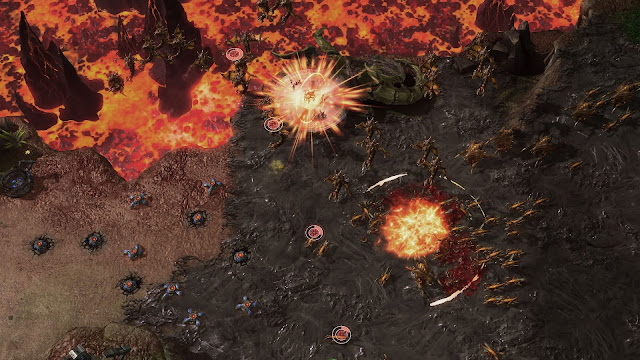 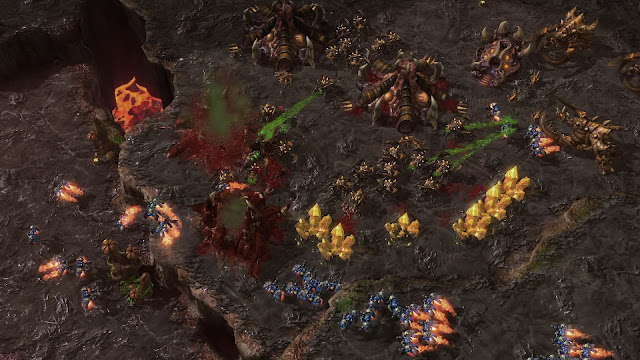 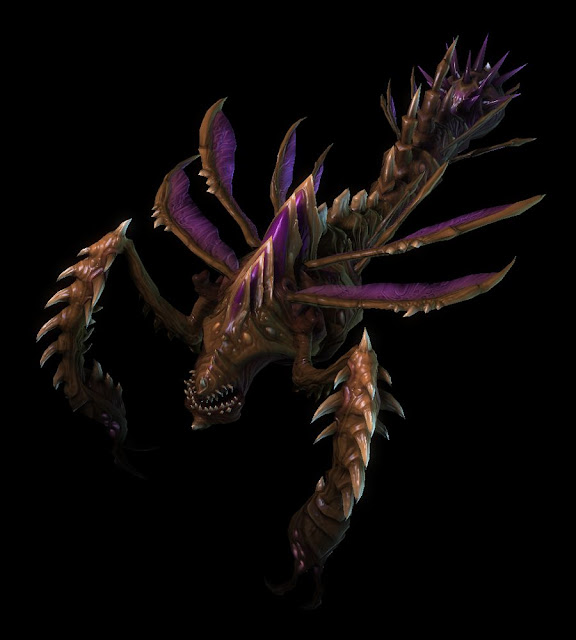 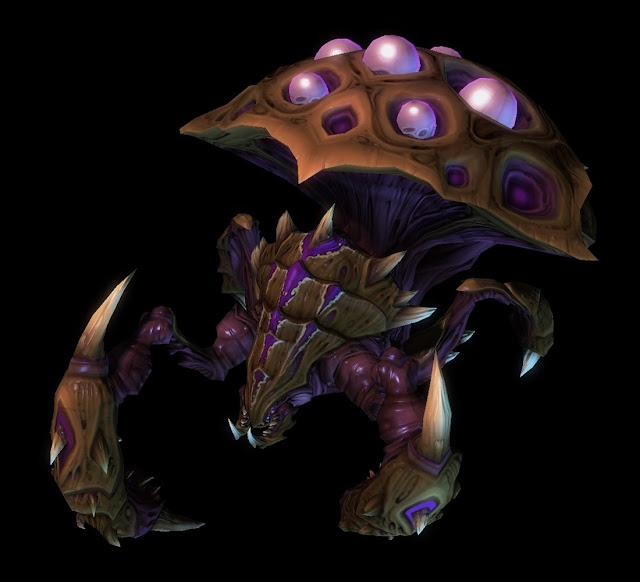 Starcraft 2: Heart of the Swarm’s new units have been unveiled at Major League Gaming’s Anaheim Championship this weekend, and I’ve just had a chance to play with them. Read on for advanced tactics* with the new toys from a master of the game**.
*Hah!
**Hahaha!

The Widow Mine replaces the cut Shredder. Like that unit, it’s a small, autonomous spidery thing, designed to allow Terran players to hold down sections of the map. But unlike that unit, it doesn’t seem to have the potential to be game-breakingly unfair. Widow Mines have to burrow before use; once in the ground, they’ll hop up and attach themselves to the legs/body/horrible gelatinous eye of anything that passes over them, before kicking off a short timer. Once the timer reaches zero, they burst, doing mad amounts of damage (currently 200) to their target. I tried building an army of fifty of them and scuttling into my foe’s base. It didn’t go so well – they don’t target buildings, and he’d built a few Photon Cannons at the front to detect cloaked or burrowed units.

How to make anything better: add the word ‘battle’ to the front. The Battle Hellion is still a Hellion, but now comes out of the factory in its bipedal battle mode. Slower, fatter, and tougher, the Battle Hellion parps out its superheated gas in a short cone rather than a straight line. I parked five of them on my opponent’s ramp, stopping his Zerglings from escaping and roasting them before they could pull back. On the defensive, a gang of them morphed into waddle-mode stopped a minimal counter-push in a way vanilla Hellions never would.

The Warhound’s had its application changed heavily since its Blizzcon outing. There it was replacement therapy for the Thor, shooting down clumps of Mutalisks. Now it’s turned into a dedicated siegebreaker, its rockets auto-targeting nearby mechanical units and turning them to scrap. It also does well in a robo-fist fight, hand-mounted cannons popping Zerg Roaches in moments. Coupled with the Battle Hellion, I can see a new mini-mech style of Terran vs. Terran play emerging: a roving band of commandos punching through defences and raiding bases. A sort of halfway house between long, static Siege Tank lines and the drop-heavy bio builds we see players like MMA pull off.

A Tempest upgrade can increase its range to a staggering 22. That’s from one side of your Starcraft screen to the other. Think of it like a glowing blue version of the Brood Lord, designed to pick apart turtling players. I built up a fleet of seven Tempests and floated them miles off the coast of my foe’s base. Moments later, I’d won the game, his troops reformed into so much blue goo. In groups, they look to be devastatingly powerful, but they’re also prohibitively expensive and need to be supported by ground units: their sparkly weapons don’t do much damage on their own.

The Oracle’s perhaps the most interesting of HotS’s new units. A floating spellcaster, each of its abilities could be devastating in the hands of a player like Genius. Most annoying for Zerg and Terrans will be the Oracle’s ‘entomb’ spell, letting it tie up mineral patches and restrict their mining for a time. It’s possible to destroy the glowing prisms the Oracle coats your precious minerals with, but any Protoss using the tactic extensively will mean you’ll need to leave a few troops at home to crack through the coating. Oracles can also cloak nearby units, albeit at a heavy energy cost. Stealth assaults will necessitate an increase in detection: fortunately, the Oracle has that covered too – it can use its ‘preordain’ ability to make any friendly building a detector, spotting hidden and burrowed units. Game Director Dustin Browder suggested that this gives Protoss more options when it comes to openings, being able to use the Oracle to detect gambits like a Dark Templar rush without being forced to invest in Robotics Bay technology.

After a few games with it, I started to use the Protoss’ new Mothership Core like a Terran’s Orbital Command upgrade: I grabbed it early. It’s a more offensive option than that upgrade, allowing Protoss players to morph a whacking great cannon on their chosen Nexus to defend against early attacks. It also comes packaged with the Mothership’s Mass Recall ability, allowing Protoss poking in the early-mid game. Previously, any Protoss force was committed to its attack, Sentries and such too slow to retreat. Now, Browder hopes players will be willing to commit their floaty, no-mouthed spacemen to early engagements, safe in the knowledge they can be yanked out of battle. It also spurred me on to actually use the Mothership – when you’ve got a large chunk of it hovering in the centre of your view, it tends to stick in your mind.

Controlling a Spawn Host is horrible. Their horrible back spots burst when they’re burrowed, making them look like an infected strawberry. Nonetheless, they’re useful as siegebreakers, or as their own siege unit. Browder said he wanted Zerg players to have a chance to capitalise on successes, taking parts of the map as their own instead of being forced to expand willy-nilly. Park a few Spawn Hosts outside an enemy base and you’ll annoy the face off a Siege Tanking Terran, eventually forcing him out to deal with your disgusting friends. From there, it’s easy to send in the Zerglings and surround the cleanup troops.

The Viper feels like a floating Infestor in tone, but with less of a direct-damage focus. It’s been seemingly built to mess with Terran armies: the ‘blinding cloud’ ability reduces biological unit range to 1, and the ‘abduct’ spell lets it pull enemy units out of position. Both Marine/Marauder drop-heavy and Siege Tank focused Terrans find a counter in the Viper, even if its giant licky tongue can’t directly hurt anything on the battlefield.

The Ultralisk remains as powerfully huge as ever, but he’s now learnt how to muscle his way past pesky Marines. Press C and aim your Ultras forward and they’ll hurtle underground like a chitinous torpedo. It renders ramp defence pointless, allowing large quantities of Starcraft 2′s biggest monsters access to the heart of your base. But, realistically, Ultras are a late game unit choice, meaning the HotS change is one to reduce Zerg annoyance – Ultras would happily clump around single units they should be able to trample over – rather than add a new unit function.