Honda’s Integrating FACEBOOK & YELP In New Accord And Crosstour

Honda is all set to make new offering in the market by launching HONDALINK app & service in new Accord, Crosstour and future vehicles under the partnership with Harman International. This service would enable the driver to listen to a variety of Internet-based stations, featuring everything from Slacker radio to Yelp listings of nearby restaurants. However the key is it will also provide Facebook integration. 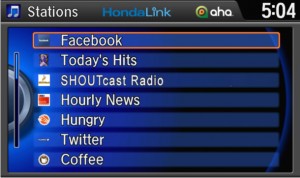 All is required, a HondaLink app in your iPhone or Android device, you will run the app and connect it to the car via Bluetooth. Once done with this, the app will deliver a driver’s own Facebook news feed, including friends’ status updates as audio feeds. However, the driver won’t be able to update his own status. Moreover, HondaLink also uses the car’s GPS location to find nearby restaurants for the Yelp audio feeds. It provides you with two options one is ‘Hungary’ and the other one is ‘Coffee’. You will have to trade off between the two via touch screen display and then, Yelp will inform you about the nearby restaurants and cafes accordingly.  Though the app is similar to AHA app but this time it is enriched with more promising features to be look forward at.
Publicat de bubugov la 10:18 PM 0 comentarii

In this tutorial, we will explain for users how to enable a cool effect for your mouse pointer (cursor). This effect is simply a shining circle of light that will rotate around your mouse cursor. This effect is called "Show Mouse", a compiz plugin that can be installed easily from the Ubuntu official repository.

Install Compiz along with its related plugins with this command:

Start now compiz and search for "show mouse" in the search box: 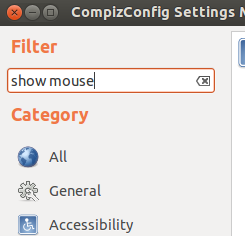 The "Show mouse" plugin will show up in the right pane of the window, check it to enable it and open it: 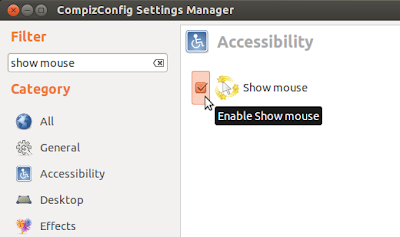 In the plugin settings window, you can modify default keys for enabling this effect, rotation speed, radius, etc. 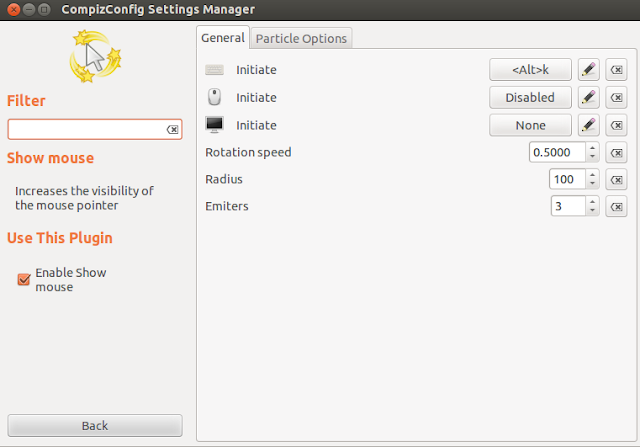 In the "Particle Options" tab, you can set number of particles, particle size, color, etc. 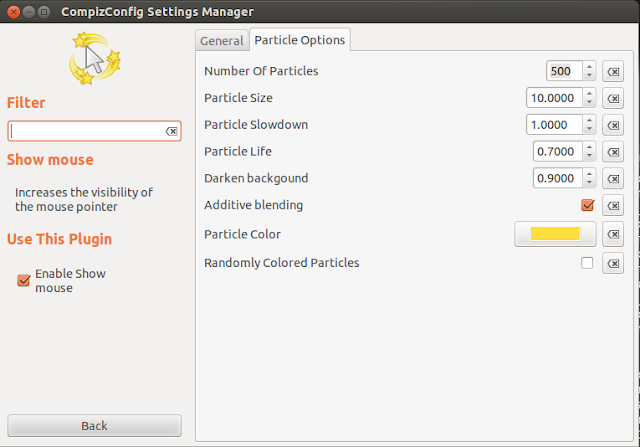 To start this effect, you need to press ALT+K. If after modifications, nothing happens, restart compiz with this command:

Here is a video showing this effect:

FF Multi Converter 1.4.0 is the latest version that has been released recently bringing more improvements and adding support for more file formats. Multi-Converter is a simple GUI that allows users to convert between many file formats such as audio, video, document and image formats. 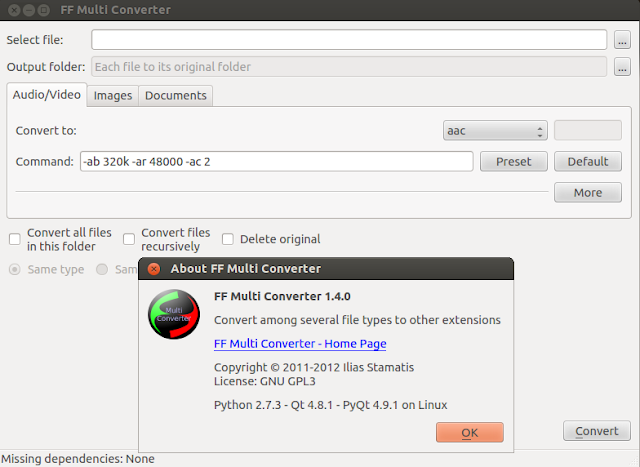 For other non Debian-systems, you can install FF-Multi-Converter 1.4.0 from source with these commands:

Use "cat" to embed a message into an image

In an article, I have written about that the original purpose of the "cat" command is to join files together. However, it is not only used to merge two text files, you can also use the "cat" command to embed a message into an image.

I will use the image of Linus Torvalds raising the middle finger as the example. I will embed the message "Nvidia: FUCK YOU!" into this image. Here is the original image, I saved it as "fu.jpg" in my Desktop folder. 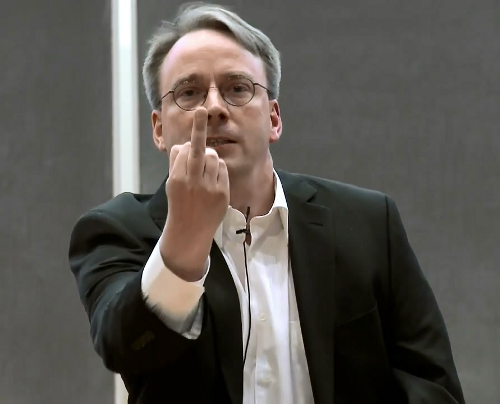 To use "cat" to embed a message into this image, the command you can use is:

Just replace "fun.png" with another filename if you want. After you hit enter, you will see the cursor blinking and you can insert your message here. After you are done with the message, hit Ctrl + D to finish the task. Here is how the terminal will look like: 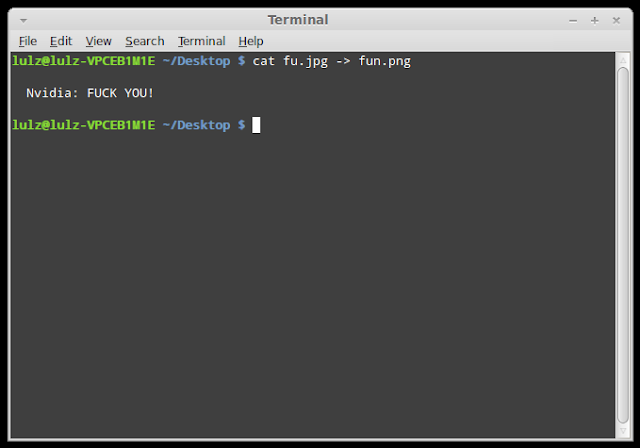 After that, there will be a new image fun.png in my Desktop folder. However, if you use an image viewer like Shotwell to view the image, you wont see the embedded message. To read the message, you need to open the terminal and run this command:

Here is how the terminal looks with this command, as you can see, there is a line "Nvidia: FUCK YOU!": 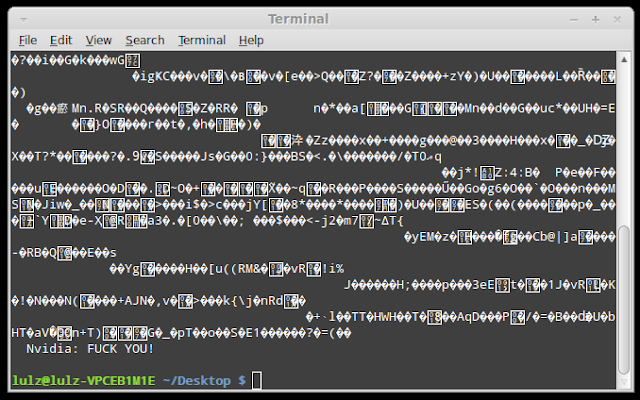 The cursor will blink and you can enter the message into the text file then hit Ctrl + D after you are done.

And you will have the same output image as what you got with the first method.

You can also directly append the text file into the fu.jpg image. The command will be:

And you will have the same output image.

Anyway, this is just a fun way to use the "cat" command. If your girlfriend/ boyfriend is geeky enough, you can use this tip as a way to send a secret love letter. Hope you have fun.
Publicat de bubugov la 1:43 PM 0 comentarii 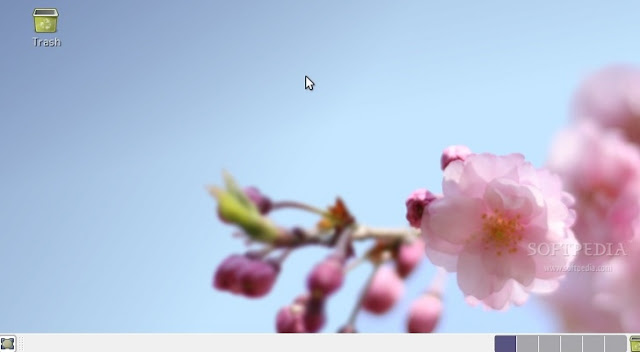 Vine Linux, a distribution with a highly customized Japanese environment in which a lot of applications supporting Kanji-Strings are included, is now at version 6.1 RC2. 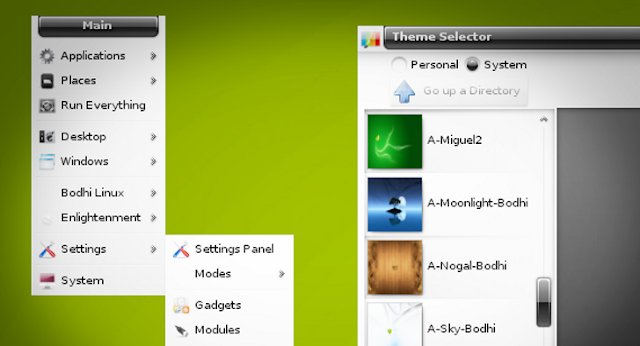 Bodhi, a minimalistic Linux operating system based on Ubuntu, that has really small requirements, has reached version 2.0.0 Build 5.

According to the developers of Bodhi, this release will not introduce new features and it is used as a transition to the next major release of the operating system. It's considered to be rather stable and it's really close to a final version.

There are still some inherent problems with the distribution. The AppCenter is in the process of being transitioned over to work fully with this new release, which means users will not find all the packages in the repositories, and none of the current .BOD files obtained via the "Download" buttons are functional with version 2.0.0.

Zentyal, a Linux small business server that can be configured as a Gateway, Unified Threat Manager (UTM), Infrastructure Manager, Office Server, Unified Communications Server or a combination of them, is now at version 3.0 Beta 2.

· A brand new HTTP proxy module, with a much simpler interface and improvements has been added;
· New features on Samba 4, allowing to set administrator account or edit general settings, have been added;
· Jabber module now has support for shared roster, vCards, STUN and Proxy configuration;
· Support for confirmation dialogs at framework level that can be triggered with any action on the model, has been added.

A complete list of changes and update can be found in the official announcement.

In this tutorial, we will see how to install PlasticClock on Ubuntu or Linux Mint. PlasticClock is a conky desklet that will show on your desktop the time and date (weekday & week number).

To make it easy installing this widget, I have uploaded it to our custom PPA, but if you want to make a manual installation, you can download it here.

You can now start the screenlet via the unity dash: 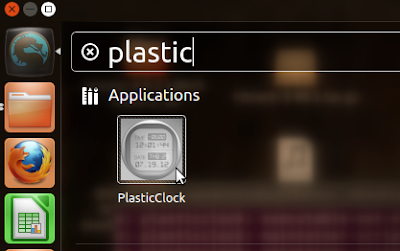 On Linux Mint, you can start it with this command from the terminal:

To change the position of the clock on your screen, edit the conkyrc file with this command:

Change now this line to any of the option given below:

If you want to stop PlasticClock, run this command: 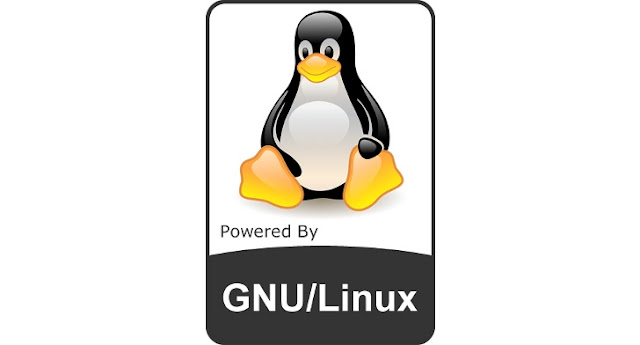 Greg Kroah-Hartman announced a few hours ago, July 19th, the immediate availability for download of the sixth maintenance release for the stable Linux 3.4 kernel series.

Coming after only three days from the previous release, Linux kernel 3.4.6 only brings updated drivers, a handful of other small improvements.

"I'm announcing the release of the 3.4.6 kernel. All users of the 3.4 kernel series must upgrade."

As usual, the Linux kernel 3.4.6 is a must-grab update for all Linux users who use the Linux 3.4 kernel. Therefore, upgrade as soon as possible!