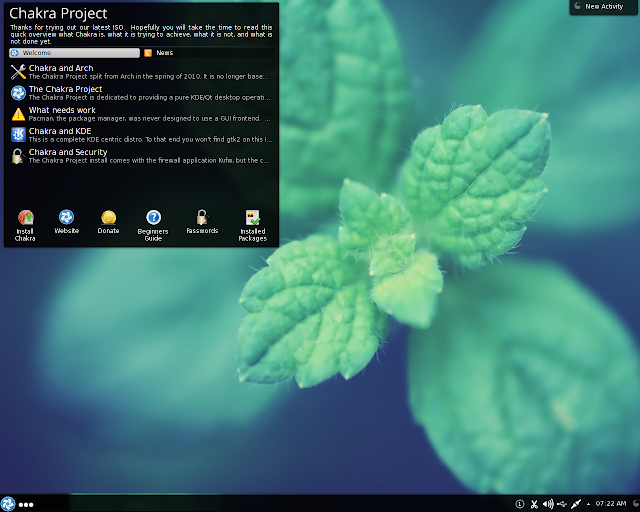 Neophytos Kolokotronis has announced the release of Chakra GNU/Linux 2013.09, a major new update of the Linux distribution that always features the latest KDE desktop: "The Chakra project team is delighted to announce the first release of Chakra Fritz. 'Fritz' is the name of a series of Chakra releases that follow the KDE Software Compilation 4.11 series and is dedicated to the memory of Fritz_Van_Tom. With this ISO image we offer KDE SC 4.11.1. In this release, many areas have received a number of improvements that affect multiple applications; most notably a speed boost on Akonadi. The Plasma Workspaces 4.11 will receive long-term support as the KDE team focuses on the technical transition to Frameworks 5. You may have noticed that there is no new artwork with this new series as it is usually the case, since it wasn't ready by the time of the release. Hopefully work on the artwork will be completed soon so we can include it in a future release." Continue to the release announcement to find out more. Download: chakra-2013.09-Fritz-x86_64.iso (1,700MB, MD5).
Publicat de Unknown la 6:43 PM 0 comentarii