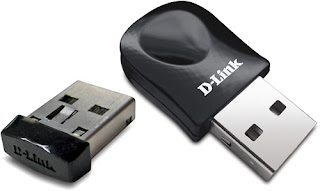 If your aging desktop or laptop is starting to feel a little dated, particularly when it comes to wifi speeds, an easy way to bring it up to modern standards without having to remove a single screw is through a USB wireless adapter. And if something unobtrusive is what you’re after, last week D-Link released a couple of new wifi adapters with minimal footprints.

The DWA-131 Wireless N Nano USB Adapter, aka the ‘larger’ of the two pictured above, works on IEEE 802.11n or ‘g’ networks and features 11n technology for speeds up to 300Mbps. Its dime-sized built-in antenna also provides for a greater range, and uses the company’s ‘Intelligent Antenna Technology’ to circumvent dead spots and interference by broadcasting multiple signals at the same time. The DWA-121 Wireless N 150 Pico USB Adapter is the smaller of the two pictured above, and offers mostly the same features as the DWA-131 though with speeds reduced to 150 Mbps, and obviously a more limited range given its minimally sized antenna. Both are currently available directly from D-Link for $49.99. 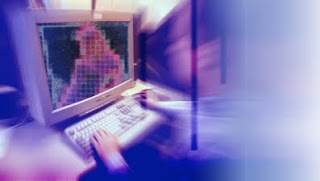 On Friday, the board of directors of the Internet Corporation for Assigned Names and Numbers, which oversees the Internet's naming system, approved the creation of a red-light district online for pornographic websites. It follows a decade-long battle over such a name.

The uproar over the idea has brought together unlikely bedfellows.

Religious groups argue that giving adult websites their own corner of the Internet legitimizes the content.

Pornographers worry it will ghettoize their sites. Although it's meant to be voluntary, they fear governments could try to mandate the domain's use, so that pornographic content is more easily blocked.

Supporters have maintained that approving the domain is in keeping with the principle of openness that has fueled the Internet's growth.

Lawley plans to charge registrars $60 per year for the domain names. He estimates that he could sell as many as 500,000 by the time he rolls them out this summer.

"This was always going to be a very lucrative arrangement," he said in an interview Friday.

Lawley's prices have been a critical issue for opponents to his plan, since domain names typically sell for a fraction of what Lawley plans to charge. They often sell for $10 or less. 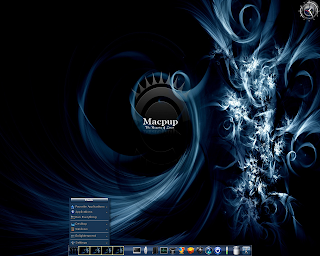 Johnny Lee has announced the release of Macpup 520, a lightweight, Puppy-based distribution showcasing the latest build of Enlightenment 17: "Prit and I are proud to announce the release of Macpup 520, our newest E17 Macpup. Macpup 520 is based on Puppy Linux 5.2 'Lucid', an official Woof build of Puppy Linux that is binary-compatible with Ubuntu 'Lucid Lynx' packages. Macpup 520 contains all the applications from Lucid Puppy, with the addition of Firefox 4.0rc1. Extra applications like Opera or GIMP are available for easy download from the Quickpet tool on the iBar or the Puppy package manager. Macpup 520 also includes the Enlightenment E17 window manager. The EFL libraries version 1.0.0 and E17 version 55225 were compiled and installed from source." See the full release announcement for further details, known issues and links to screenshots. Download: Macpup_520.iso (174MB, MD5). 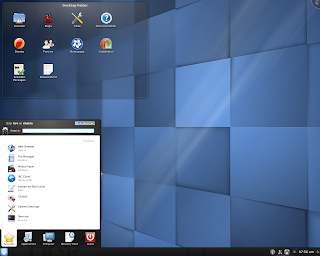 Phil Miller has announced the availability of the third milestone release of Chakra GNU/Linux 2011.04, an Arch-based distribution and live CD featuring the KDE 4.6.1 desktop: "I'm happy with milestone 3 of 'Aida', our next stable release. We changed our tools we are using. Cinstall got stripped down, just to handle our Bundles. AppSet-Qt will replace it and will serve as Pacman user interface from now on. Also, this live CD is based on the brand-new Linux kernel 2.6.38 patched with Aufs 2.1 support and other features like LZMA. We managed to tweak the size of our images to the bare minimum. Now we have more space to add default applications which the community should vote for. So what else can you expect from this release: X.Org 7.6 stack with Mesa 7.10 and X.Org Server 1.9.5; updated X.Org drivers; updated Chakra tools...." Read the rest of the release announcement more information. Download: chakra-2011.04-ms3-i686.iso (627MB, MD5), chakra-2011.04-ms3-x86_64.iso (648MB, MD5).