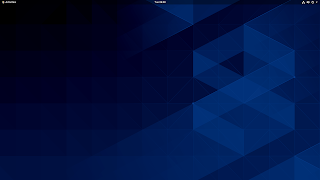 Johnny Hughes has announced the availability of CentOS 7.9.2009. This is the current release of the legacy branch of distribution which is built from the source code of Red Hat Enterprise Linux 7.9: "We are pleased to announce the general availability of CentOS Linux 7 (2009) for the x86_64 architecture. Effectively immediately, this is the current release for CentOS Linux 7 and is tagged as 2009, derived from Red Hat Enterprise Linux 7.9 source code. This release supersedes all previously released content for CentOS Linux 7, and therefore we highly encourage all users to upgrade their machines. Note that older content, obsoleted by newer versions of the same applications are trimmed off from repositories like Extras/ and Plus/; however, this time we have also extended this to the SIG content hosted at mirror.centos.org, and some older End of Life content has been dropped. Everything we ever release, is always available on the vault service for people still looking for and have a real need for it." See the release announcement, release notes and upstream release notes for more details. Download (SHA256, signature, pkglist): CentOS-7-x86_64-DVD-2009.iso (4,494MB, torrent), CentOS-7-x86_64-Minimal-2009.iso (973MB, torrent).
Publicat de bubugov la 3:17 PM 0 comentarii