Xnoise is an open source media player for GTK+ with an excellent user interface, great speed and lots of other new features that allows users to listen music and play videos.
Xnoise can able to play every kind of video/audio format data. The Xnoise interface provides a easy search function where you can easily search the library and drag each artist, album or title to the track-list by in any order position.

Install Xnoise Media Player in Ubuntu
The queued tracks (audio or video) in track-list are played one-by-one without being removed and can be removed, inserted, re-ordered any track the way you want.
Recently, Xnoise 0.2.13 has been released and integrated a large number of new exciting features.

To know the complete list of other changes and features, visit at xnoise-media-player.
Please watch the attached video by the Xnoise developer, where he demonstrating some of the features available in the Xnoise 0.2.13 version.

Run the following command from the Desktop to start the Xnoise Media Player. 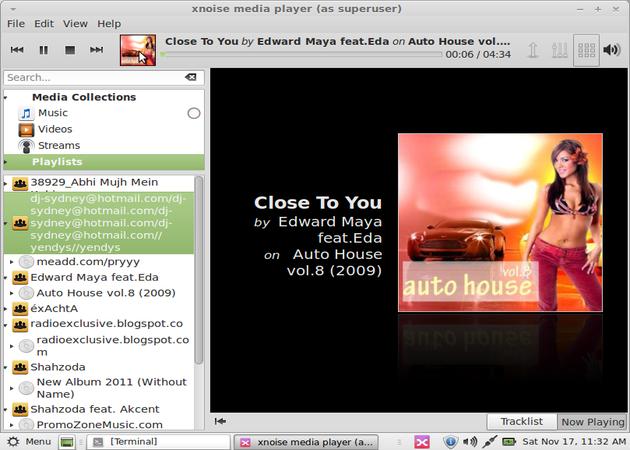 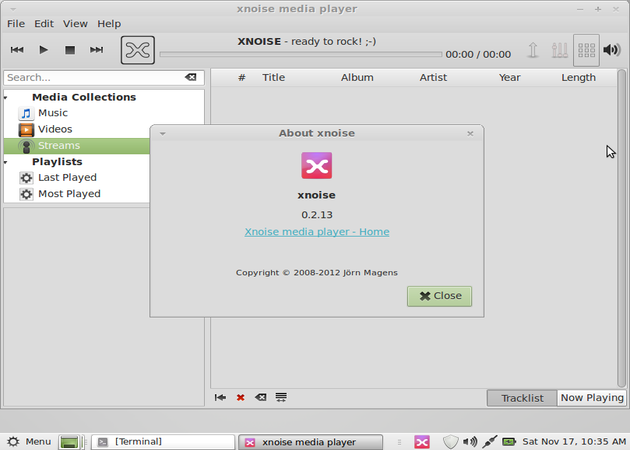 Remember the story of Nautilus on Ubuntu 12.10: was initially decided to use the version 3.6 of Nautilus, The GNOME file manager (and Ubuntu), the release of which would take place in time for inclusion in Quantal. The development release of the Ubuntu 12.10 was even included Nautilus 3.5.x making everyone believe that the transition from Nautilus Nautilus 3.4 to 3.6 would come soon … but, due to the removal of some features considered essential by a circle of users and due to the lack of integration of Nautilus 3.6 with some of the mechanisms of the Unity desktop (first of all the lack of integration with HUD ), surprisingly it was decided to take a step back and return to Nautilus 3.4: to date Ubuntu 12.10 Quantal Quetzal <strong > is distributed with Nautilus 3.4. 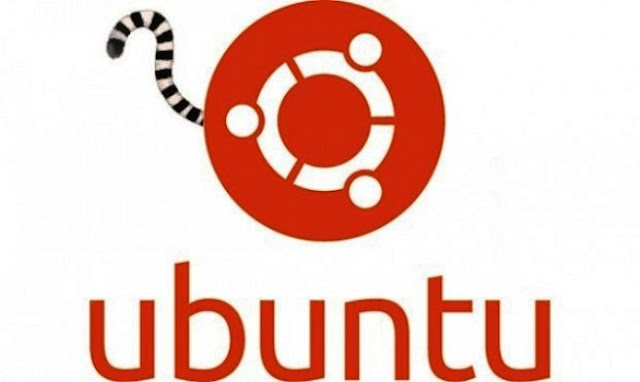 During the last UDS-R has broached the subject Nautilus: would have chosen to integrate within Ubuntu 13.04 Raring Ringtail a review of Nautilus 3.6 as there would be time – during the development cycle – to make the filemanager compatible with the mechanisms of the Unity desktop and also integrate some of functionalities of the future desktop manager Nautilus 3.8 (booming). In practice, the version of Nautilus included in Ubuntu 4.13 should be a “mix” between Nautilus Nautilus 3.6 and 3.8.
Who will prevail? In all likelihood, the “carrier” of the “mix up” Nautilus belong to version 3.6 , as within the repository of Ubuntu 13.04 Raring Ringtail arrived a few days ago, Nautilus 3.6.3: if the base had been, however, Nautilus 3.8 … in all probability in the repository Raring would present the current development version of the file manager (the 3.7).
Ultimately in Ubuntu 13.04 Raring is likely to be present Nautilus 3.6 with some features specific to Nautilus 3.8. What are these? We’ll let you know as soon as we have more news.
Publicat de Unknown la 7:10 PM 0 comentarii

How to Run Steam Inside a Container LXC on Ubuntu

We are talking about now days Steam beta version of Ubuntu and we also learned to bypass the limits imposed by the beta program. You may notice that Steam, , however, is 32-bit version and Valve is recommended for use only on Ubuntu 12.04 LTS. Personally I also tried Steam beta of Ubuntu 12.10 32-bit and found no major problems, but it seems my luck has been : I have heard several complaints from users <strong > Ubuntu 12.10 64-bit , as Steam refuses to work on that operating system (probably because of multiarch support that seems to still some problems). 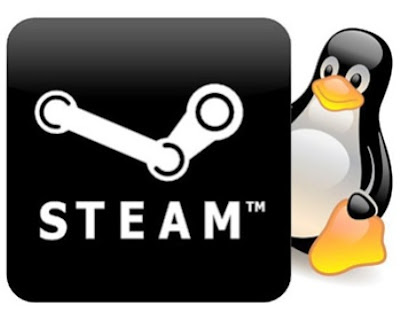 Running Steam in a virtual environment complete (which could be VirtualBox or VMWare ) be a real blow for your operating system and your brain , as you would be required to configure the virtual machine to the smallest detail, so not have problems to access the 3D rendering direct host and to enjoy your favorite games, audio direct. Why, then, do not use a so-called “container”, a virtual environment (rather complex to use) that uses few system resources and can be accessed without any problem at all system devices?
Stéphane Graber has done by writing a program in Python, this Steam-LXC that allows you to automatically configure a container – to run Steam on Ubuntu – using a virtual Ubuntu 12.04 32-bit capable to access hardware acceleration and direct audio system. The container is chosen by Steph LXC , virtual environment that uses hardly any system resources, used mainly in mechanisms of testing (I LXC used quite often too), especially during the development of kernel / modules / applications in general that need testing on multiple architectures. LXC turns out to be, in fact, one of the containers more scalable and reconfigurable on the existing scene, earning the alter-ego of “chroot on steroids.”
Before continuing I want to let you know that Steam-LXC has been tested only of <strong > Ubuntu 13.04 64-bit Raring using a video card Intel , and there is a possibility of have some problems of video hardware that are used proprietary drivers ( the nVidia or Catalyst, so to speak), there should be no problems, however, with the open drivers Nouveau or Radeon. In all cases .. any feedback is welcome!

Install the preconfigured container is absolutely simple! Stéph provides us with a convenient PPA (for Ubuntu 12.04, 12.10 and 13.04) to proceed. All you have to do is open a terminal, and type


Into Then, it is the first time we use LXC , we need to create the directory dedicated to the container, with the command

After that we prepare the environment and download everything you need (including Steam) to test it, do not worry, things will be done automatically! Also from the terminal, type

and wait for the completion of the process (the time will vary depending on the speed of your internet connection, it may take up to an hour). Without this there is nothing left to run Steam virtual environment just created with the command

located this piece of code

and turn it into

Then start Steam in LXC with the command

should work perfectly!
NB: you can also use the container to run Steam on the official Ubuntu variants (X / K / L / Edubuntu) – making sure that the dependencies are installed inside the container and not on your operating system .

In this tutorial, we will help you install the latest version of VMware Player (5.0.1) under a system running Ubuntu/Linux Mint. 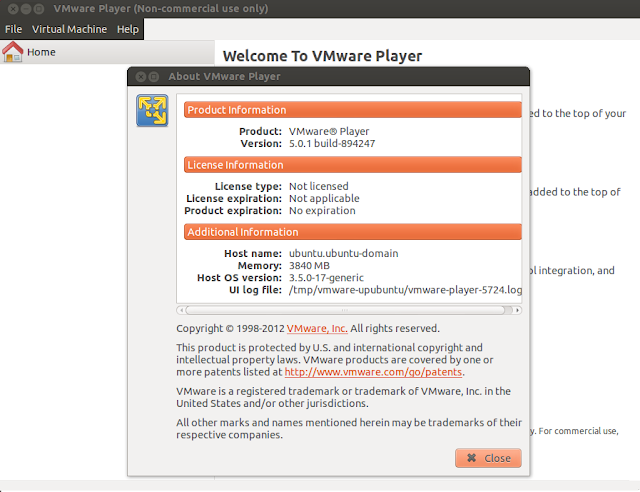 You can isntall VMware Player in the following distributions:

Before installing VMware Player, you need to run this command to install some dependencies:

To install VMware Player 5.0.1 under a 32-bit system, open the terminal and run these commands:

For 64-bit systems, you can install VMware Player 5.0.1 with these commands:

In this tutorial, we will see how to create/remove user accounts using the terminal under Ubuntu/Linux Mint. We will also show you how to add a specific user to the "sudo" group so that you allow it to run sudo commands, but be careful in using this because granting a user root access implies complete control of your machine.

- You can add a user account from the terminal with this command:


Replace username with any name of your choice.

- Create the home directory for this new user with this command:


Assign now a password for this user with this command:


Grant this user ownership and access to its home directory with these two commands:

If you want to give a user account root privileges so that it can execute "sudo" commands, run this command:

Open the terminal and run these commands to delete a specific user account:


Replace username with the user account name you want to delete.