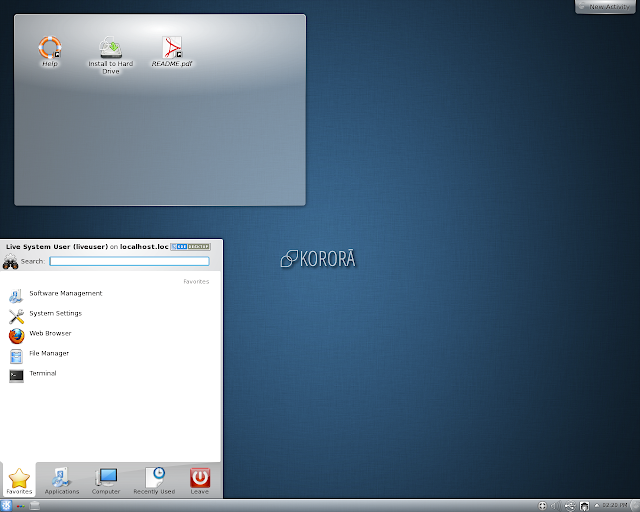 Ian Firns has announced the availability of the beta release of Korora 19, a Fedora-based distribution with GNOME or KDE desktops and a variety of tweaks and enhancements: "The Korora project is pleased to announce the first beta release of version 19 (code name 'Bruce') which is now available for download. This is the first beta release of Korora which is derived from a beta release of Fedora (previous beta versions of Korora were from a stable upstream release) and as such there will likely be a larger number of bugs and many software updates. Features: GNOME 3.8 brings new applications such as clock and improvements to the desktop including privacy and sharing settings, ordered search, frequent applications overview; KDE Plasma Workspaces 4.10 includes new features for printing and screen-locking...." Read the rest of the release announcement for more details. Download: korora-19-x86_64-gnome-live-beta.iso (1,735MB), korora-19-x86_64-kde-live-beta.iso (2,265MB).
Publicat de Unknown la 7:15 AM 0 comentarii

Liraz Siri has announced the release of TurnKey Linux 12.1, a maintenance update of the project's Debian-based set of virtual appliances that attempt to integrate the best open-source software into highly specialised and ready-to-be-deployed solutions: "TurnKey Linux 12.1 is out and it's the first 64-bit maintenance release to be built with tkldev - TurnKey's shiny new open appliance build system in a box. With 64-bit support out the door, we've also pushed out a round of updates to the Hub so that users can finally deploy TurnKey on all instance sizes. Full details on the changes to the Hub below, but first I'd like to talk a little bit about tkldev, TurnKey's new open build system. tkldev will soon be released as a standalone appliance along with the full source code to all appliances in the TurnKey Linux roster, which we will be maintaining on TurnKey's GitHub page." Read the rest of the release announcement for more information. The 100+ TurnKey Linux virtual appliances are available for download from SourceForge.
Publicat de Unknown la 5:09 PM 0 comentarii 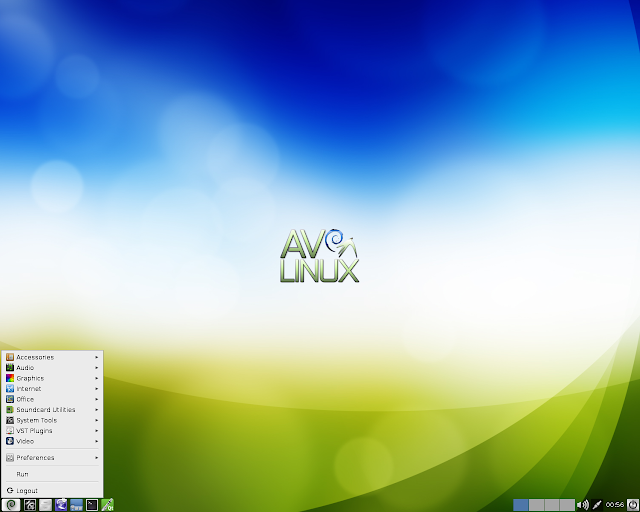 Glen MacArthur has announced the release of AV Linux 6.0.1, an updated version of the Debian-based distribution with a collection of audio and video production software: "Out of the uncertainty of the successful AV Linux 6.0 release an unexpected 6.0.1 update has arrived. What began as a minor update to bring a few bug fixes and fresh releases of Ardour 3 and Kdenlive to the DVD image has ballooned into a major update encompassing many of the main applications and bringing the best of what is new and happening to Linux audio and video enthusiasts. Changelog: updated to Trulan's 3.6.11.2 Linux kernel with Yamaha THR10 patches and USB 2 audio clock switching patch; complete new 'Dozer' theme and graphics; two new menu sections for audio and video utilities...." Continue to the release announcement to read the complete changelog. Download the live DVD image from here: avlinux6.0.1-lxde-i386-en.iso (3,115MB, MD5, torrent).
Publicat de Unknown la 4:41 PM 0 comentarii

Football Manager 2014 is coming to Linux

Over a year ago, Sports Interactive has informed me that due to small number of users they have no plans to release Football Manager for Linux.

Since the release of Steam for Linux, more and more game companies go into business with Linux games and, recently, the director of the studio Sports Interactive Miles Jacobson has announced via Tweeter that the next version of Football Manager will also be released for Linux.

As Football Manager is probably the most popular and most realistic football manager at the moment, a lot of football fans among Linux users will surely be very happy with this announcement. However, Football Manager 2014 will initially be only released for Ubuntu 12.04 LTS and also, the game can not be purchased in every country (e.g. Germany).