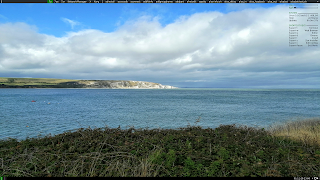 ArchBang developer "mrgreen" has announced the release of ArchBang Linux 0111, the minimalist, Arch Linux-based distribution's first stable release after the recent switch from Openbox to i3 as the preferred window manager. From the release announcement: "November release, i3 tiling window manager based. Have just uploaded a release for November, usual thing - updated packages and configurations. The guide can now be viewed by using Super + g; it includes some basic keybind shortcuts in i3. Firefox is back for now; while huge, it does support many features that other lighter browsers do not have. Minor changes in abinstall fixes to remove installers from Conky post install." The switch from Openbox to i3 was initiated a couple of weeks ago: "ArchBang has been Openbox-based for over ten years. Over the next few weeks I will be working towards switching to i3 tiling window manager. It might be a little different at first but once you get used to it, you will never look back." ArchBang Linux 0111 can be downloaded from SourceForge: archbang-i3-0111-x86_64.iso (914MB, pkglist).