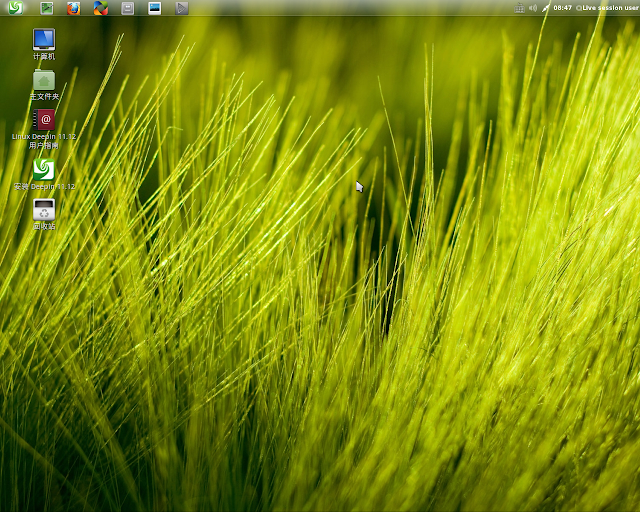 The release candidate of Linux Deepin 12.06, a popular Chinese distribution based on Ubuntu, has paved the way for the official release scheduled in the end of June. This candidate focuses on improving the features introduced in the last beta version, while overall system compatibility is also taken into consideration. Deepin Music Player 1.0 RC, a full-fledged audio player dedicated to Chinese desktop Linux users, now has a configuration interface and command-line support, as well as decreased resource consumption. Deepin Media Player 1.0 RC, designed to be the most easy-to-use Linux video player, now has an added configuration interface and better support for video preview. Deepin User Interface and desktop environment are also enhanced with better performance and user experience. Check the complete release notes (in Chinese). Download (MD5): deepin_12.06_rc_zh-hans_i386.iso (646MB), deepin_12.06_rc_zh-hans_amd64.iso (658MB).
Publicat de bubugov la 11:03 PM 0 comentarii 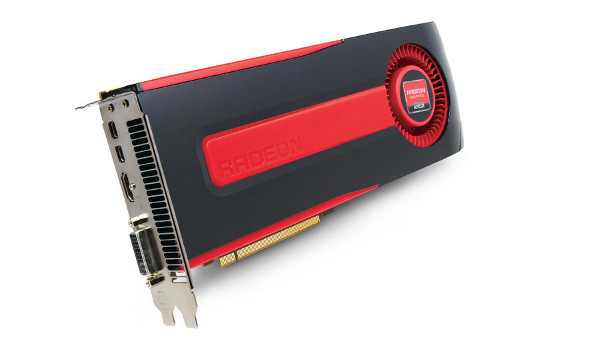 Should you happen to be in the market for a $500/£420 graphics card, AMD has launched a new contender for your cash today. I say new, but it’s more a makeover: the Radeon HD7970 Gigahertz Edition is physically identical to the current AMD flagship, the HD7970, with a couple of minor tweaks to earn it that big sounding suffix.
The first is, as the name suggests, an increase to the core clockspeed from 925MHz to 1000MHz. To go with that the 3GB of memory has been accelerated to a full six gigahertz equivalent speed, putting it on a par with NVIDIA’s top end GTX 680. More interesting, however, is the fact that AMD has also caught up with NVIDIA by introducing a feature for accelerating the HD7970 depending on the processing load and chip temperature, something which the latest GeForce cards were well praised for.

Is it enough to win back the title of fastest graphics card in the world? Does anyone care about such things any more?
The truth is that I don’t really know, because we haven’t had one of the Radeon HD7970 GE cards in to review yet. Price wise it’s officially the same cost as the GeForce GTX680 it’s to compete with, although it does look like it may be slightly better value when it goes on sale. There are already overclocked HD7970s available for £399 in the UK, while the cheapest GTX 680s are about £450.
The really interesting part of the HD7970 GE release is that automated overclocking set-up, which works in a similar manner to NVIDIA’s GPU Boost and the turbo modes we’re familiar with from both AMD and Intel CPUs. AMD is calling it PowerTune with Boost, as it uses a tweaked version of the existing PowerTune tool (you’ll find it in the Catalyst drivers) to increase clockspeeds by up to 50Hz on demand. The frustrating thing is that nothing in the technical detail supplied by AMD suggests that the boost is reliant on any changes to the hardware – it looks like there’s no reason it couldn’t be backwards compatible with older cards, but probably won’t be for marketing reasons.
A quick scan of early reviews across the web (Anandtech, TechRadar, Tom’s Hardware et al) shows very consistent results. The new HD7970 GE looks to be very competitive against the GeForce GTX680: if not definitively faster, it wins some benchmarks and loses others. It does use considerably more power, however, and has a louder fan to keep it cool at those extreme speeds.
Personally, I’m not sure I’m that concerned by these downsides since I won’t be queuing up to buy one any way. Neither the GTX 680 nor the HD7970 GE are fast enough to make them worth more than NVIDIA’s excellent GTX670, which at around $399/£320 is considerably cheaper than either and just as capable in practical terms, and never more than a few frames per second slower in the benchmarks that count.
I’ll let you know if my opinion changes after testing one in our labs.
Publicat de bubugov la 5:19 PM 0 comentarii

Get Path-indicator conky for your desktop

If you want your linux desktop to look good, you cannot omit conky, the amazing system monitor tool that you can put on the desktop with endless creative ways. Yesterday I checked Gnome-look and found Path-indicator conky, a new conky config with a unique style, color and shape. Here is a screenshot of Path-indicator conky: 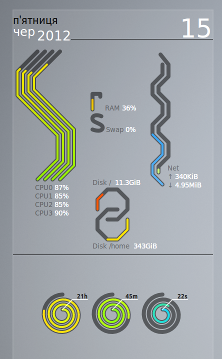 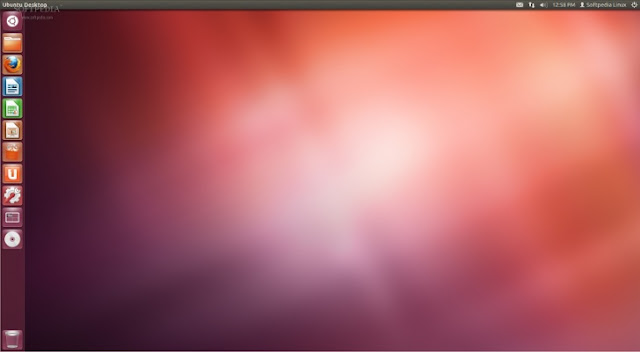 We live under the threat of UEFI and Microsoft for some time, even if we understand the necessity of a secure boot, but things are starting to be put in motion.

Canonical is a Contributor Member of the UEFI Forum and is trying to be actively participating into the UEFI specification process, aiming to preserve users’ ability to install whatever operating system they desire.

The negotiations are not complete and it's unsure how UEFI will affect the relationship between Canonical and its OEM partners, but Ubuntu 12.10 will have a revised bootloader in order to ensure an “it just works” experience.

Moreover, GRUB2, a Canonical project that has a lot of development behind it, will not be used on UEFI-enabled systems because it would create legal problems due to its GPLv3 license.

“In the event that a manufacturer makes a mistake and delivers a locked-down system with a GRUB 2 image signed by the Ubuntu key, we have not been able to find legal guidance that we wouldn't then be required by the terms of the GPLv3 to disclose our private key in order that users can install a modified boot loader,” said Steve Langasek, a developer for Canonical.

More technical details about this problem and about the future of Ubuntu can be found in the official mailing list from Canonical.
Publicat de bubugov la 4:44 PM 0 comentarii 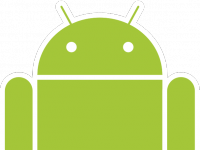 And updated version of CyanogenMod 7, based on 2.3 Gingerbread, has been released and adds support for more phones as well as Ice Cream Sandwich feature.

The final major version of Android 2.3 based CyanogenMod 7 has been released, as 7.2 adds support for 20 new mobile devices, and marks the end of 7.x support for certain devices. Along with various bug fixes is the backporting of some Android 4.0 features, which The H reports includes rotation effects, transitions, as well as upgrades and bug fixes to telephony stacks.
Support is being added for other popular devices such as the Samsung Galaxy Ace and Galaxy Mini, the Motorola Atrix, and the Xperia Live. Work on CyanogenMod 9 means that some phones such as the Nexus S will not receive any further updates in the Cyanogen 7.x line, instead users will be encouraged to switch to 9.
CyanogenMod 7.2 is not the last version of 7.x either – although development on future updates will be much slower than before. You can download CyanogenMod 7.2 from the CyanogenMod website.
Publicat de bubugov la 2:09 PM 0 comentarii

If you’re partial to Modern Warfare 3′s tight arena tussles then you might be interested in investigating the new game mode, Face off. It allows for quick, violent 1 v 1, 2 v 2 and 3 v 3 contests on “smaller, super-concentrated multiplayer maps.” Two of these new maps have been released for free and are playable right now.
This free taste of Face Off could help to move copies of the newly released Collection 2 DLC, which comes with two more Face Off maps, a standard multiplayer arena set in a hotel poised on top of an ancient fortress (why not?), and two co-op spec ops missions.

The first co-op mission, Kill Switch, casts one player as a well situated sniper and the other as a terrified ground soldier who must infiltrate a carrier to set of an EMP bomb. Iron Clad puts one player inside a tank, and the other outside the tank, where they’ll be best placed to deliver some powerful moral support from the safety of the Abram’s shadow
The pack costs £11.49 / $14.99, which seems even steeper than previous packs given that there are fewer multiplayer maps than usual, and two of them are smaller than ordinary CoD maps. BUT, free maps for everyone! If you were to distil the essence of Face Off mode into a quick series of carefully choreographed moving images designed to shift product, it might look a little bit like this: 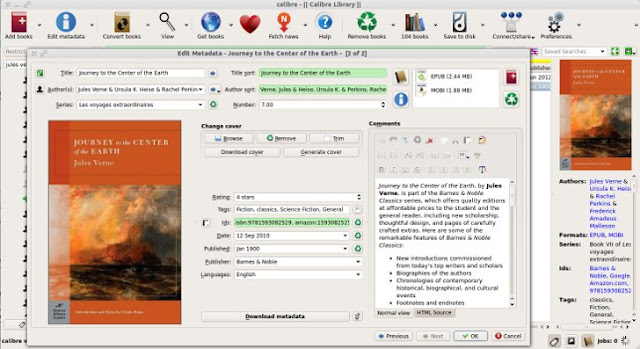 Version 0.8.57 of the e-book reader and management software Calibre was announced on June 22nd, with some important new features and fixes.

Calibre 0.8.57 comes with improvements for PDF files and new drivers for a couple of new devices.

• Full pagination support for PDF Output. No more cutoff bottom line;
• Calibredb now add prints out the ids of added books;
• Support for new Google Play firmware (Kobo Vox);
• Driver for Prestigio PMP5097PRO has been added;
• When customizing builtin recipes download the latest version of the recipe to customize instead of using the possibly out-of-date bundled version;
• News sources have been improved.

A complete changelog can be found in the official announcement. 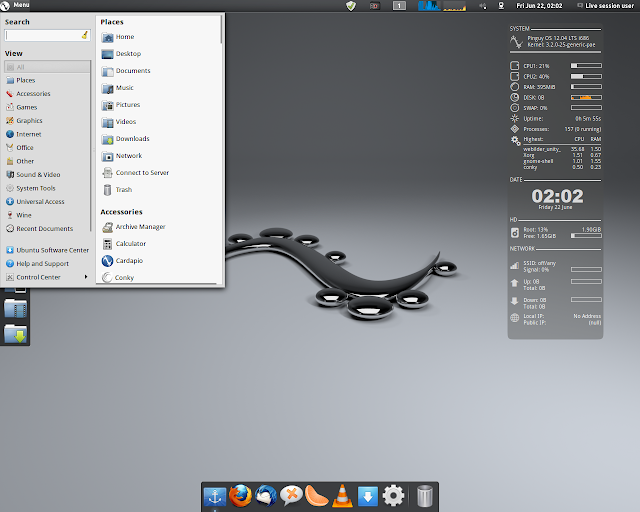 Antoni Norman has announced the release of Pinguy OS 12.04, an Ubuntu-based desktop Linux distribution with a customised GNOME Shell user interface: "Here is the final release of Pinguy OS 12.04 LTS. We have fully embraced GNOME Shell here and wanted a modern, updated site to go with the new look of the desktop. In this release we have: Linux Kernel 3.2, GNOME 3.4.1, WINE 1.5.6, Skype 4.0, TeamViewer 7, XBMC-PVR 11.0 Eden, GNOME Shell Extension Updater and everything else that was present in the previous beta release. The GDM login is now themed to match the desktop. The distro comes with two menus - Cardapio (eefault) but also includes the Axe menu that is disabled." Read the release announcement which includes notes about known issues, including one about a problematic VLC player. Download the live DVD images from SourceForge: Pinguy_OS_12.04-shell-i686.iso (1,689MB, MD5), Pinguy_OS_12.04-shell-x86-64.iso (1,767MB, MD5).
Publicat de bubugov la 9:31 AM 1 comentarii 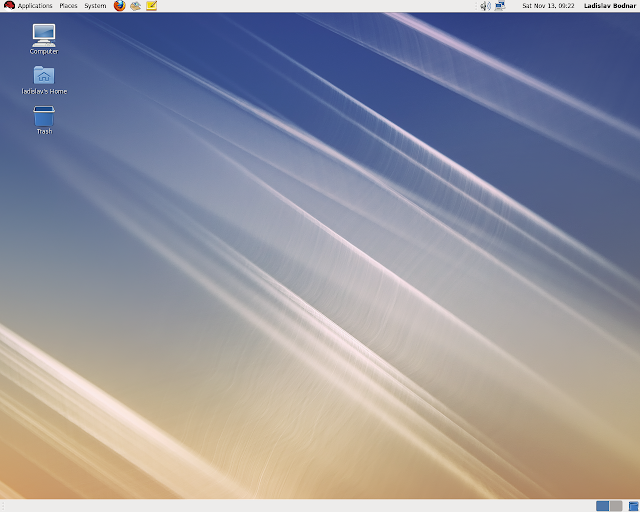