Blizzard will release a game for Linux this year 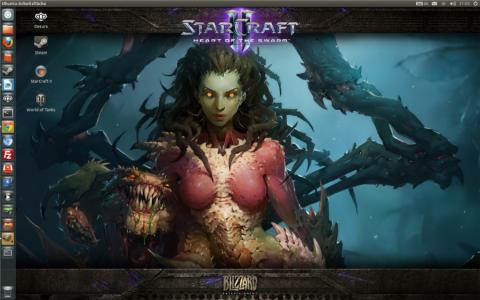 Linux gaming world is growing continuously since Valve has released Steam for Linux. Now Blizzard is intending to give Linux community some love. So Phoronix.com has an information from a trustworthy source that Blizzard is going to publish a game title for Linux later this year, but it's unclear what exactly it will be.
While all the games of the company run great with CrossOver on Linux, a native Linux version of one of the games would be absolutely sensational. It is supposed that Blizzard already have a working in-house version of World Of Warcraft for Linux. However, World of Warcraft is not the only candidate for a Linux release. StarCraft 2: Heart of the Swarm is going to be released on the 12th March and is surely an ideal candidate for the company's first Linux title. Another highlight for the Linux community could be Diablo 3 which was released last year.
What do you think? Which title will come from Blizzard for Linux first?
Publicat de Unknown la 6:15 PM 0 comentarii