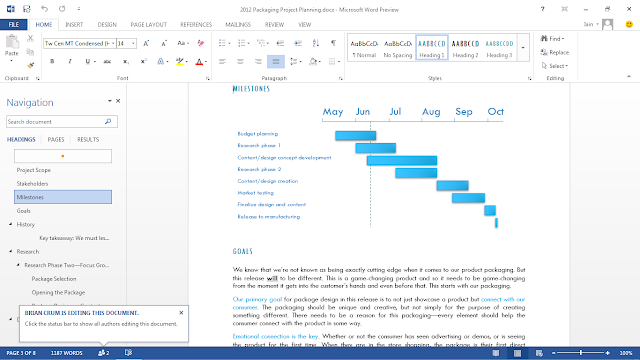 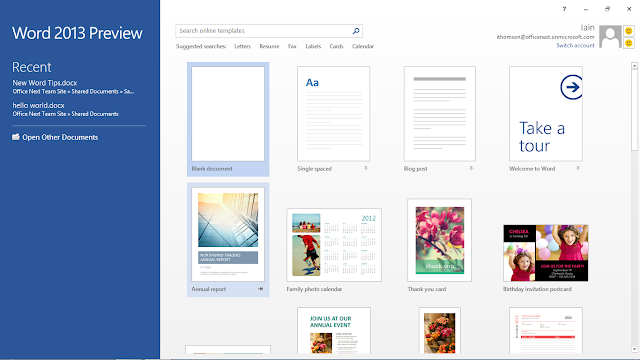 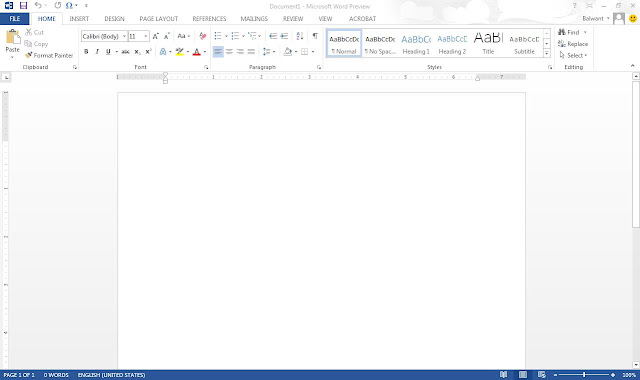 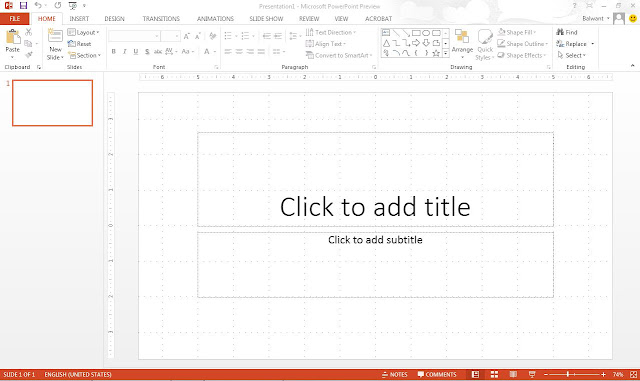 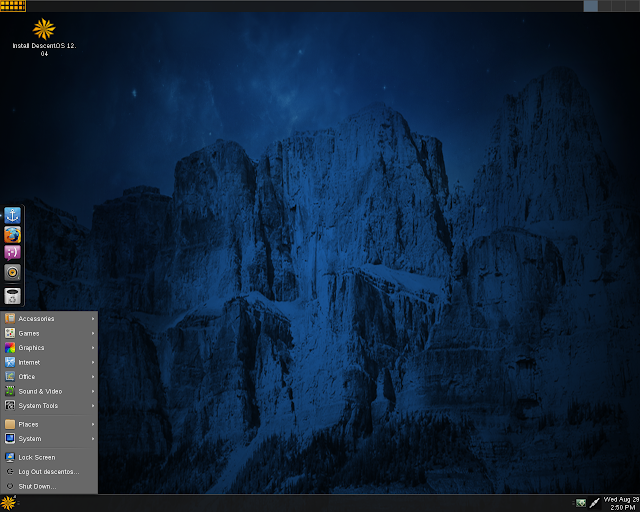 Brian Manderville has announced the release of Descent|OS 3.0, an Ubuntu-based distribution featuring the MATE (a fork of GNOME 2) desktop environment: "I am pleased to announce that Descent|OS 3 is officially available for download. It is 32-bit only for now, but the PAE kernel is supported after install. In terms of cosmetics, Qt now looks right, and all the packages have been updated. The MATE desktop has been great to work with, and it is stable. It uses the 3.2 series kernel, and is based on Ubuntu 12.04. All the packages have been updated since the release candidate, and it behaves just the way I want it to. I have included a Beginner's Guide for new people to learn how to use Synaptic and the custom keyboard shortcuts." Here is the brief release announcement. Download: Descent-OS3.0-i386.iso (1,061MB).
Publicat de bubugov la 11:27 PM 0 comentarii 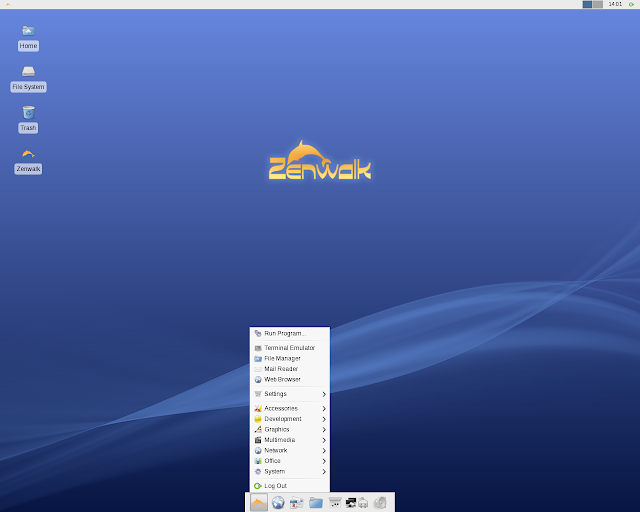 Jean-Philippe Guillemin has announced the availability of the fifth release candidate for Zenwalk Linux 7.2, a Slackware-based desktop distribution: "Zenwalk Linux 7.2 RC5 is ready for testing. Lately we've been looking towards a better Slackware compatibility, which will make it easy to switch to 64-bit in a near future using the Slackware64 package base. In fact Pat has updated GTK+ 2 and many other packages, added GTK+ 3, making it possible to replace many Zenwalk packages with very little adaptation. The work may not be finished, it's up to you to find any remaining bugs. Main changes: Linux kernel 3.4.8 with BFS scheduler; Xfce 4.10, LibreOffice 3.5, GTK+ 2.24.10 and 3.4.4, Thunderbird 14, GIMP 2.8, Firefox 14.0.1; Netpkg 4.9.1 with multi-mirror support." Here is the brief release announcement. Download: zenwalk-7.2RC5.iso (654MB, MD5).
Publicat de bubugov la 11:26 PM 0 comentarii

A few hours ago, on August 28th, The Linux Foundation, a non-profit organization dedicated to accelerating the growth of Linux, proudly announced that Inktank, Servergy and Twitter joined the organization.

Putting Inktank and Servergy aside, some of you already knew that Twitter was about to join The Linux Foundation on Tuesday, thanks to the media coverage from the past week.

So, today we are proud to announce that it's official, though Twitter’s Chris Aniszczyk is yet to deliver a keynote entitled "The OSS Behind a Tweet." at LinuxCon on Thursday, August 30th at 9:55 A.M..

"Linux and its ability to be heavily tweaked is fundamental to our technology infrastructure. [...] By joining The Linux Foundation we can support an organization that is important to us and collaborate with a community that is advancing Linux as fast as we are improving Twitter." said Chris Aniszczyk, Manager of Open Source, Twitter.

OK, reading the above makes me wanna cry. Really! Why? Because I don't have a reliable Twitter client on my Linux-powered personal computer.

Yes, I know that there are a lot of wannabe Twitter clients out there (Gwibber, Turpial, Hotot, Pidgin, etc.), but none does the job right. While the dedicated clients have lots of issues, starting with real time notifications and finishing with the flaws in their design, the others are multi-protocol clients that treat Twitter like an uninvited guest.

Looks like Twitter is using Linux on tens of thousands of machines to successfully deliver a 99.9% uptime to over 140 million active users, which spit over 400 million tweets per day.

Man, I really love Twitter, but I wonder how many of these "140 million active users" are using Linux as their main operating system and struggle hard every day to read/write tweets with a bunch of crippled apps, like me.

Yes, I'm whining, right here, right now! I don't want TweetDeck back (never really liked it anyway), all I want is a goddamn simple and easy to use Twitter client that just works. Just like the one for Mac! 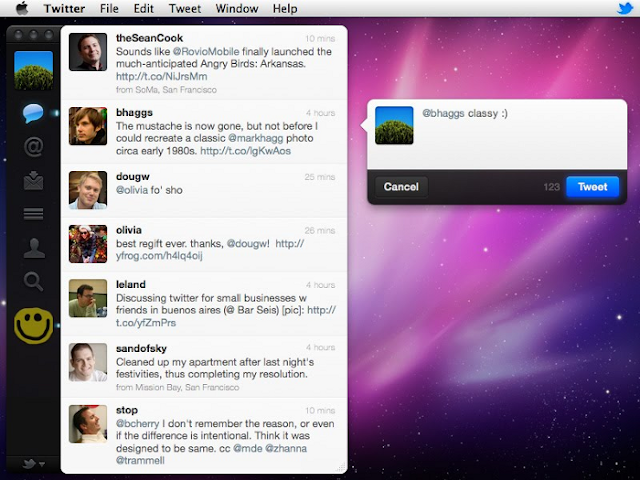 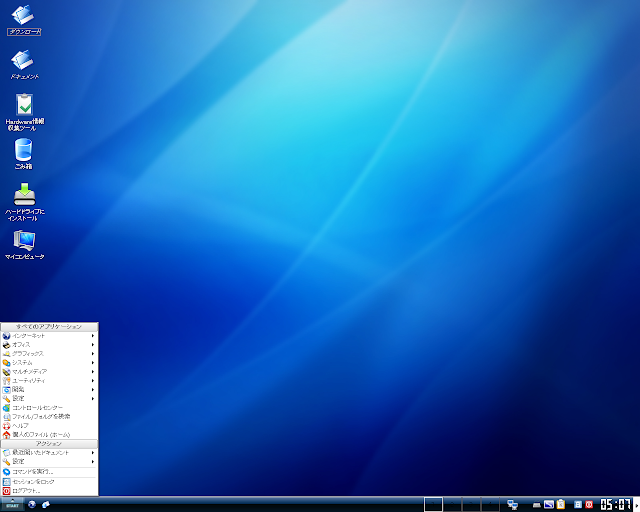 Turbolinux, Inc., one of the world's oldest surviving Linux companies in the world, has announced the release of Turbolinux Client 12.5, a Japanese operating system for desktops and embedded systems. This is the first update of the distribution since the release of version 12 in November 2007 and, like its predecessor, it comes with extended support (three years of maintenance followed by four years of security support). Turbolinux 12.5 uses Linux kernel 3.1.10 and it includes KDE 3.5.9, X.Org Server 1.4.0.90, Firefox 14.0.1, Thunderbird 14.0 and more software found in the distribution's online repository, such as LibreOffice 3.5.5. Read the press release (in Japanese) for further information. A freely downloadable (and installable) live CD image of Turbolinux 12.5 is available from the project's download page (in Japanese), but users are encouraged to purchase the full version (¥9,300), which includes extra Japanese TrueType fonts and the Turbo media player. Download link: MagnyCours12.5-2012082910.iso (654MB, MD5).
Publicat de bubugov la 2:54 PM 0 comentarii 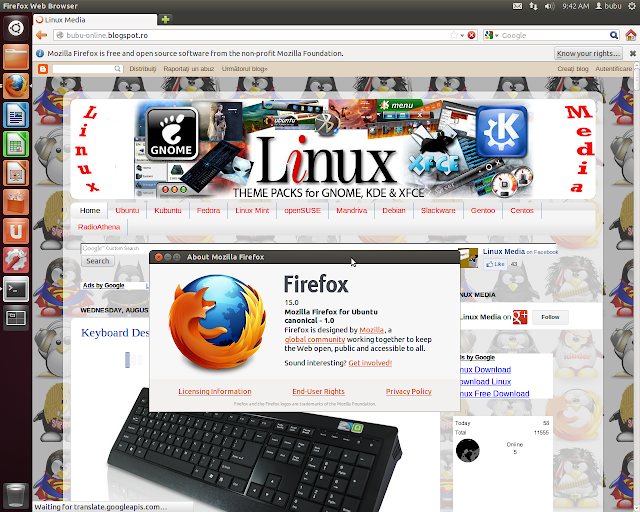 Mozilla has uploaded a few minutes ago, August 27th, the Mozilla Firefox 15.0 web browser and Mozilla Thunderbird 15.0 email client for all supported platforms, including Linux. Because the official release is supposed to be tomorrow, August 28th, there is no release announcement for Mozilla Firefox 15.0, but you can download the final version right now (see download link at the end of the article) from the official Mozilla FTP servers.
Highlights of Mozilla Firefox 15.0:
· Initial native support for PDF files;
· Supports version 3 of the SPDY networking protocol;
· Better performance, by enhancing WebGL with compressed textures;
· Add-ons now eat less memory;
· Integrated JavaScript debugger into developer tools;
· Added a new layout view to Inspector;
· Implemented the CSS word-break property;
· Implemented high precision event timer;
· Added a new responsive design tool, to allow web developers to easily switch between mobile and desktop views of sites;
· Added native support for the Opus audio codec;
· Added media attribute support to the element;
· Added support for the played attribute to the
For other Linux users, Mozilla distributes Firefox 15.0 as binary and source packages for both 32-bit and 64-bit architectures. 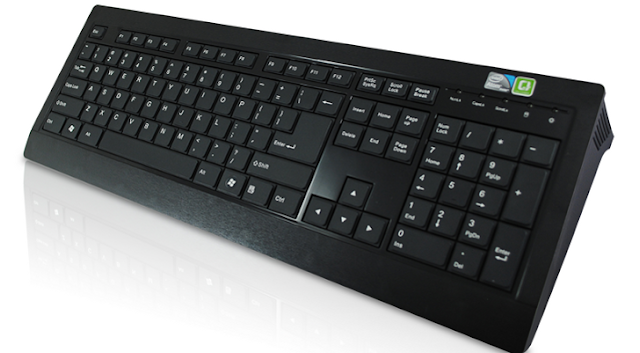 What will they came up with next? That's the first question you can think of when you're looking at a keyboard PC with Ubuntu on it. But then, if you really ponder the gadget, it's not really a bad idea.

This particular model, U310 Keyboard PC, is built by a company called Diablotek, operating since 2003. It's not a big company, and they don't have amazing products, but this keyboard is really something.

The most surprising fact about it is that it features Ubuntu. It's unclear which version is preloaded, but the fact that they've chosen a Linux distribution is really interesting.

Details about the pricing and product can be found on the official website.
Publicat de bubugov la 8:26 AM 0 comentarii

The GNOME Project has recently released the first Beta version (GNOME 3.5.90) of the upcoming GNOME 3.6 desktop environment that brings more new features that will be added to the final release. The team will try to enhance these new features and will give great importance to fixing bugs from now until the release of the stable version of Gnome 3.6. Here are some of the features in this beta version:


You should know that this is a beta release that is still under development intended only for testing purposes and not to be installed on production computers. Also, the next beta release (GNOME 3.6 Beta 2) will be available on September 5th, 2012. Here are some screenshots for GNOME 3.6 taken from here: 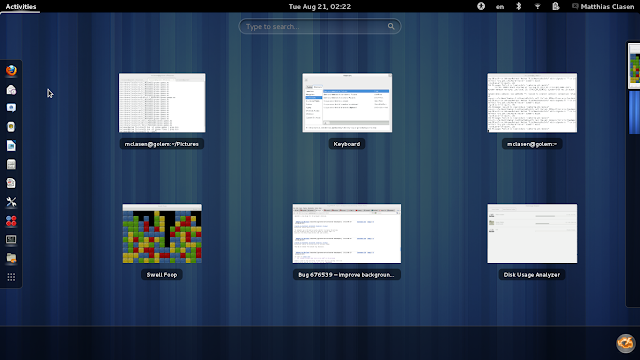 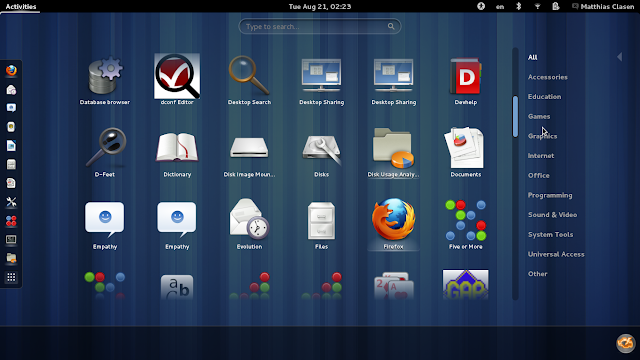 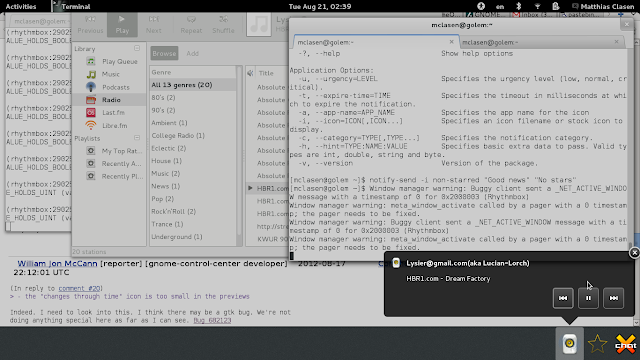 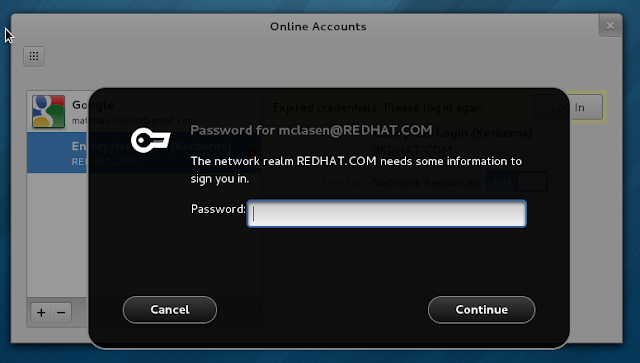 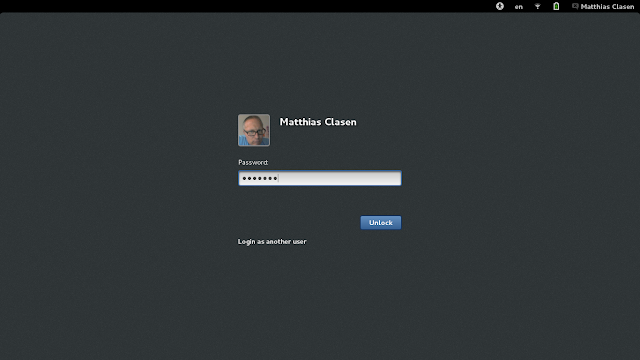 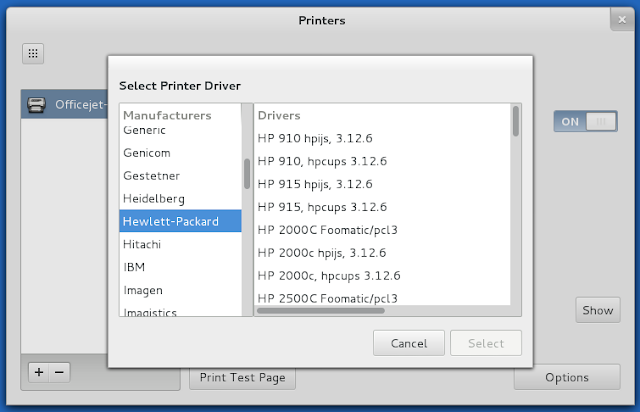 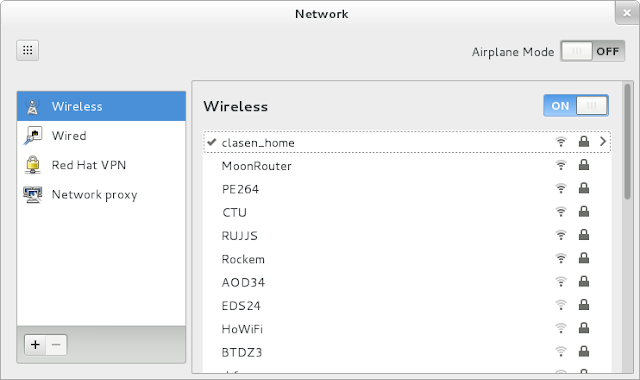 Nvidia has released another driver for Linux systems that brings more new features and improvements. Nvidia driver 304.43 adds support for the following GPUs:


Here are also what have been added and fixed in this latest version:

You can check the release notes here.

Then reboot your computer to finish the installation.

If you want to install the driver manually on Ubuntu or any other Linux system, open the terminal and run these commands: 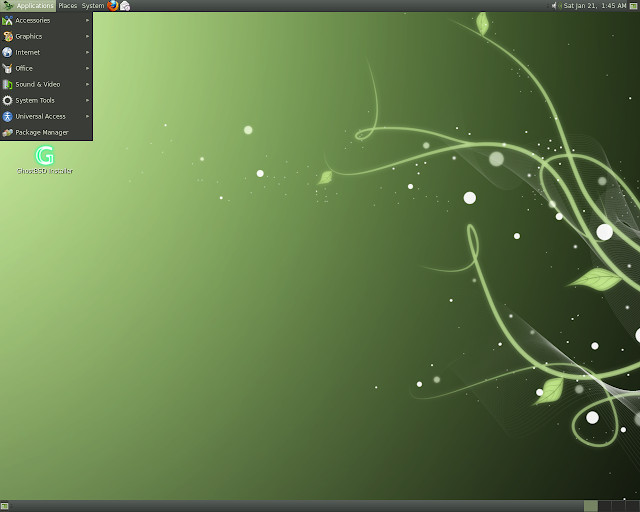 Eric Turgeon has announced that the first release candidate for GhostBSD 3.0, a FreeBSD-based operating system for the desktop (with GNOME 2), is ready for testing: "The first release candidate of GhostBSD 3.0 is now available. This release provides users and developers a system to test out new installer features in the upcoming release. RC1 may contain buggy code and features, so we encouraged you to run it only on non-critical systems. Changes since BETA1: FreeBSD 9.1-BETA1 to FreeBSD 9.1-RC1; Bxpkg got fixed - it now use 9-stable packages instead of 9.0 packages; if the installation gives an error it will now tell you; WiFi configuration in /etc/rc.conf. Know issue: ZFS is not fully tested. Report bugs on the mailing list, the development portal or on the forum." Here is the brief release announcement. Download: GhostBSD-3.0-RC1-gnome-i386.iso (998MB, SHA256), GhostBSD-3.0-RC1-gnome-amd64.iso (1,049MB, SHA256).
Publicat de bubugov la 8:19 AM 0 comentarii