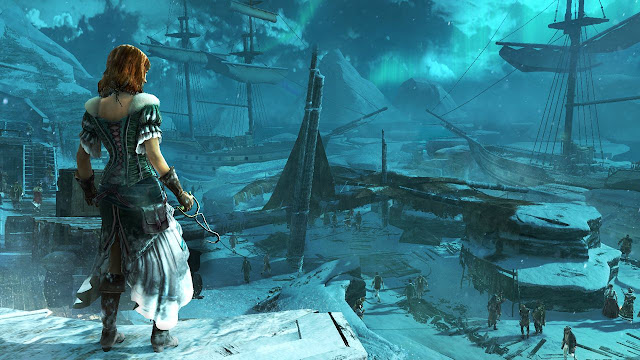 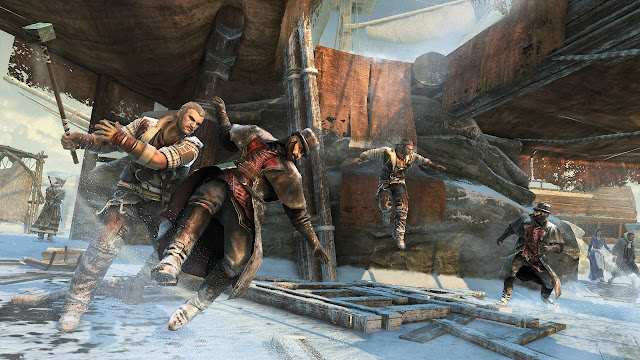 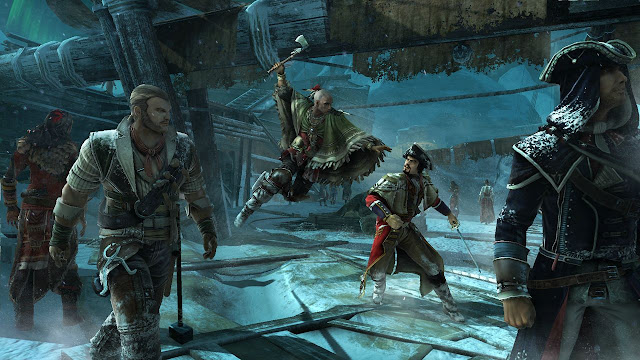 Assassin’s Creed 3 has been the talk of the town at E3. We’ve had demos, screenshots and press conferences from the upcoming American Revolution sneak-and-slaughter title, but details on its multiplayer component have been few and far between. Until now.
Three new screenshots have just been released by Ubisoft, and CVG have a little inside knowledge on the multiplayer. As well as a four versus four king-of-the-hill-style Domination mode, there are environmental kills, which mean you can topple trees on your opponents to squish them. There are also three confirmed characters: The Commander, The Carpenter and The Lady Maverick. Who we’re going to assume feature in these screenshots.

Short sleeves and split skirts can’t be all that becoming to freezing conditions, but hey, she’s The Lady Maverick and she can do as she damn well pleases. Even if it involves hypothermia. No sign of her face, but she does seem to have a rather large and crooked nose which juts out to the side of her face. Or that could just be hair.

We’re assuming this is The Carpenter because he has the large rugged hands that go with being a woodsmith. He also hates the cultural phenomenon of Steampunk. “History was interesting enough without you having to glue some cogs to it you idiot!” he yells as he biffs the man in his face with his mighty mallet.

Here The Commander is under attack from a flying Native American warrior. The Commander secretly wishes he could fly, hence his incredulous expression. The Carpenter doesn’t really care what happens to The Commander, as in the pub last night The Commander told him that his pincers looked a bit flat.