4 cool tricks to do with MPlayer

MPlayer is a very common tool in the Linux world, it is usually used for watching videos or running audios. However, MPlayer has many more features and options. Here are 4 cool tricks you can do with MPlayer:

To manually take screenshots from a video ( for example, video.avi), you can open the terminal and run the following command:

After you hit enter, MPlayer will start to run the video at its original resolution. To take screenshots of the video in any moment, you just need to press the letter "s". Each time you press "s", one screenshot will be taken.

You already know how to use ffmpeg to convert an audio file to .wav format and you can use MPlayer to do the task too. The cool thing about MPlayer is that you can directly convert the audio of a video file into a separate .wav file too. The command to do the trick is:
Just replace input.avi with whatever video or audio file you want. With this command, MPlayer will ignore the video part and convert the audio part into a .wav file.


Play videos in the terminal

You can use MPlayer to play videos in the linux terminal. The drawback with this trick is that the video will be played in ASII mode so the video quality sucks. However, you will gain a lot of coolness points for this trick.

The command to play a video in the terminal will be:
If you want to watch the video in black and white color, the command will be:

Just replace video.avi with any other video you want.

Here is an example of a video running in the terminal:
Create GIF images
There are many tools to create animated GIF images and MPlayer is one of them. To create a GIF image from a video, the command you can use is:


Here is what the variables in this command mean:

Here is an example of a GIF created with MPlayer:

Linux.org comes back to life

After several months of reconstruction, the popular Linux.org site quietly relaunched what it terms an "alpha release" on May 4.
Though the site's Twitter feed makes reference of an announcement to be made on May 7, no such announcement seems to be visible on the usual Internet news sources.
The new site seems to have much of the original content the old one did, as well as new articles that have been added since the site's soft launch in May. The site is still adding features: RSS feeds and inline commenting were added in mid-May, and more features are being hinted at.

With the plethora of open source desktop environments available at the moment, it’s hard to keep track of all the different features sets. And since KDE, which has recently become my interface of choice, arguably enjoys less media love than alternatives such as GNOME and Unity, it seems only fair to highlight some of the feature changes in its next upcoming release, KDE 4.9. Read on for a look — and, just maybe, a few compelling reasons to give KDE a try.
To be honest, I’ve always had a bizarre uneasiness describing myself as a KDE user, a hesitancy I owe mostly to KDE developers’ obsession with inserting the letter “K” wherever possible. That’s a trait I associate with a certain producer of oversugared donuts, not to mention products such as “krazy” glue. It doesn’t make me think of quality software.
Nonetheless, amid all the confusion and upheaval that has struck the Linux world over the last couple years as a new generation of desktop environments — many of them a bit less mature than some might like — have hit the stage, KDE has just worked the best for me. And so it’s been my desktop environment of choice for several months now on my Ubuntu 12.04 system, although I keep Unity and GNOME Shell on hand as well just in case I need to remind myself why I switched to KDE.

For better Gnome integration, it is recommended to install this package:

To enable Global Menu for LibreOffice, run this command:

UNetbootin has been updated recently to version 577 which added support for more Linux distributions. In this tutorial, we will see how to install this latest version under Ubuntu/Linux Mint from our custom PPA. As a reminder, UNetbootin is an application with GUI that allows users to create bootable Live USB drives (flash drives) for most Linux distributions such as Ubuntu, Fedora, Debian, BackTrack, CentOS, openSUSE, etc.

WIth UNetbootin, you can either download distros from the Internet or use ISO files stored in your hard drive to create Live USB drives. For more information about this application, you can refer to this website. 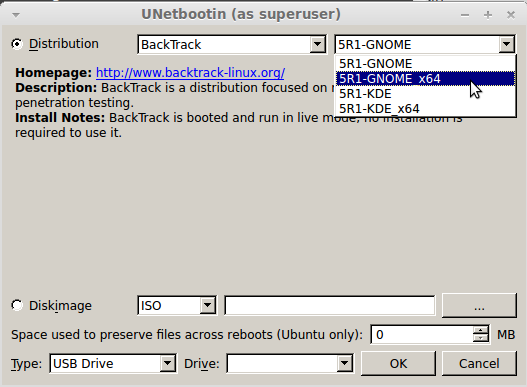 The following system requirements are recommended by the developers for Linux Mint 13 KDE installations:

There's no official release announcement at the time of writing this, but Linux Mint 13 KDE RC is already available for download, distributed as Live DVD ISO images supporting both 32-bit and 64-bit architectures. 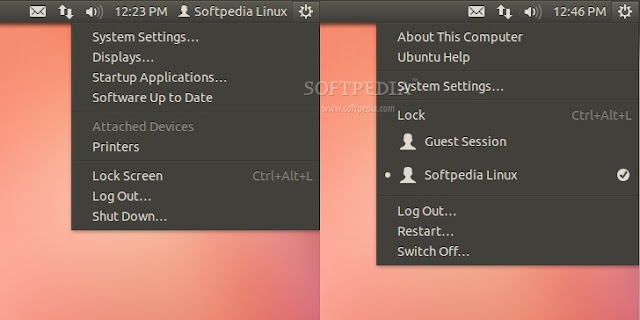 With yesterday's updates, Canonical made some changes to the upcoming Ubuntu 12.10 (Quantal Quetzal) operating system, regarding the two panel indicators.

More exactly, the Fast-User Switching indicator has been removed and it is now integrated in the existing Session menu indicator.

That's not all, as the Session menu indicator has been completely revamped, and it now features the highly anticipated "Restart" option, and the "Displays", "Startup Applications" and "Software Up to Date" entries have been replaced with the "About This Computer" and "Ubuntu Help" entries.

Moreover, the "Lock Screen" entry has been renamed to "Lock", as you can see in the screenshot above, showing a before and after comparison of the Session menu indicator.

Overall, the panel now looks simple, awaiting new indicators. However, considering that Ubuntu 12.10 is in Alpha development stage, everything is subject to change. 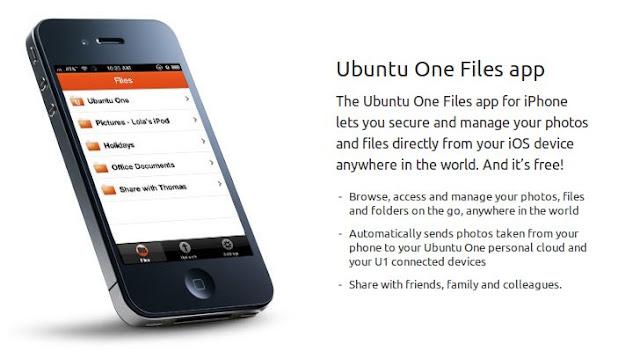 Canonical announced yesterday, July 11th, on the Ubuntu One blog that they will completely remove support for Facebook from the Ubuntu One cloud storage.

I always thought that technologies are getting improved all the time with new features, but it looks like they are also regressing, as importing and syncing Facebook contacts option from the Ubuntu One web dashboard has been removed.

Users who already imported their Facebook contacts into the Ubuntu One web dashboard can still manually add new ones or edit the existing contacts.

"As we communicated back in December, we’re continuing to invest in our new data sync infrastructure U1DB. Therefore, we’ve been gradually turning off services that are reliant on the old infrastructure and providing little value to users in their current form."

"Contacts will also be one of the first services that we will build on top of our upcoming new data sync infrastructure." - was stated in the blog announcement.

Use MeMaker to create cool avatars

MeMaker is a simple open-source tool that allows you to create cool avatars to use in wherever you like, ie forums, facebook, twitter, chat room, image boards ... The package's size is very small but it has many options and features. You can choose various styles for your avatar: plazmoid, cocohead, artistic, glyphface,  animal-crackers, plastidudes and free-styles.  When creating your avatar, there are also many different types of hair, eye, mouth, face shape ... for you to choose to make your avatar unique. After finishing the avatar, you can save it as PNG, BMP, SVG or Gnome avatar. The exported images will have a transparent background.

Here is an avatar I created with the Freestyle style: 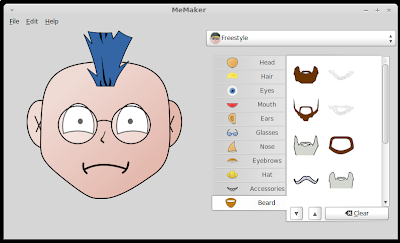 And another one with the Artistic style: 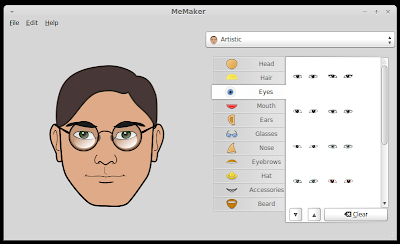 Since MeMaker is in the repository of Ubuntu and Linux Mint, if you are using one of these distros, you can search for it in the Software Center or use the following command to install it:

If you are using Arch Linux, here is the aur package of MeMaker

If you are using other distros, here is the source package of MeMaker
Publicat de bubugov la 9:20 AM 0 comentarii