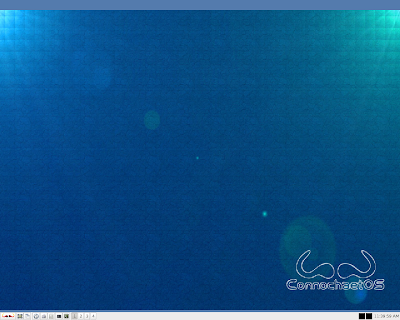 Henry Jensen has announced the release of ConnochaetOS 0.9.0, a lightweight desktop distribution, formerly known as DeLi Linux, designed for old and low-resource computers (Pentium I, 64 MB of RAM): "I am pleased to announce the release of ConnochaetOS 0.9.0. After one year of development and after three years after the last release of its predecessor, DeLi Linux, this is the first stable release of ConnochaetOS. In the last weeks since RC1 we simplified the installer once again, fixed some more bugs and updated the kernel, the web browser XXXTerm and other packages, and produced some documentation. ConnochaetOS 0.9.0 provides: kernel Linux-Libre 2.6.32.43, the IceWM desktop 1.3.7, a lightweight WebKit-based web browser - XXXTerm, GOffice...." See the release announcement for more information. Download the installation CD image: connos-0.9.0.iso (391MB, MD5).
Publicat de bubu la 8:06 PM 0 comentarii