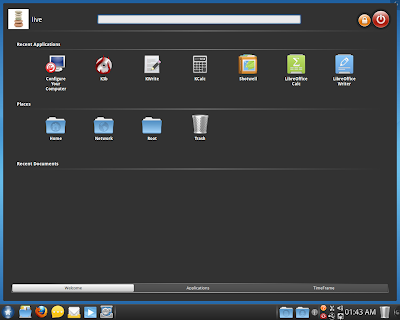 Viacheslav Kaloshin has announced the release of Mandriva Linux 2011, code name "Hydrogen": "We are happy to announce that Mandriva 2011 is out." Some of the main new features in this release include hybrid live/installation DVD images, a revised system installer, new graphics theme, RPM 5, a series of new desktop utilities from Rosa Labs, and KDE as the only officially supported desktop environment: "GNOME, Xfce and other desktop environments and window managers are no longer included in the official Mandriva packages. However, contribution packages from the Mandriva community are available for these desktop environments. Starting from Mandriva 2011 only KDE 4 is officially supported." Here is the brief release announcement, but more details can be found in the release notes and on this 2011 tour page. Download: Mandriva.2011.i586.1.iso (1,647MB, MD5), Mandriva.2011.x86_64.1.iso (1,692MB, MD5).
Publicat de bubu la 11:24 PM 0 comentarii