On buying your first ever much-hyped Samsung Galaxy phone, you must be very happy on becoming part of the “Android based Galaxy” family. But as you start up with the dissection of your phone you will figure out a trifle issue that soon will turn up into a ginormous pain to figure out and that is “HOW TO SET PERSONALIZED MESSAGE TONE FOR YOUR SAMSUNG GALAXY?”

An easiest way to resolve the issue is as follows,

Invigorated DIGG Is To Be Re-Launched On August 1, 2012

A user driven content website DIGG is going to make its mark, once again, on the surface via rejuvenated launch of the website which has been acquired by Betaworks earlier this month. This acquisition raised a lot of speculations about the company and its plans of dealing with the Digg. However, Betaworks has recently issued first concerned update for the general public through social networking sites about the initial plan. According to which there will be a launch of new Digg v1 on top of a new infrastructure and fresh code base by August 1, 2012.

As the team reaffirmed, “The old Digg infrastructure was expensive and it afforded us little latitude to innovate and build at a fast clip,” the company further said. “So four weeks ago, we set an aggressive goal to move to a new infrastructure by August 1. We are starting with a fresh code base — it’s modern, it’s fast, and it’s shiny and new.” Betaworks also reported, they do not have enough resources to waste. However, they are determined to gain more and more user experience before devising any business model because the ultimate strategy revolves around them. These statements make one thing clear, Betaworks is firmly interested in rebuilding the Digg, a site which, once, was the darling of web 2.0 but what they are going to do with the site and what kind of features they are going to engross in, is yet to be seen and be waited for eagerly.
Publicat de bubugov la 11:14 PM 0 comentarii

Disable update manager in the notification area in Linux Mint 13

In Linux Mint 13, the update manager (the shield icon) always appears in the notification area at the right corner of the bottom panel. Even if you right click on it to quit, it will reappear the next time you boot. To permanently remove this icon, you will need to go to the Menu (in both MATE and Cinnamon), search for Startup Applications. On this window, scroll to the Mint Update option then uncheck this box: 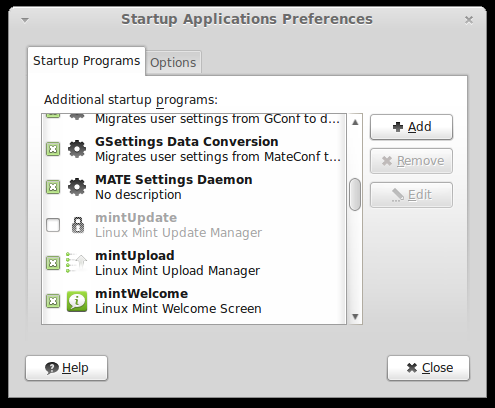 After that, the update manager wont appear again in the notification area anymore. If you need to check for update, just open the Menu, go to the Administration category and click on the Update Manager option.
Publicat de bubugov la 11:13 PM 0 comentarii 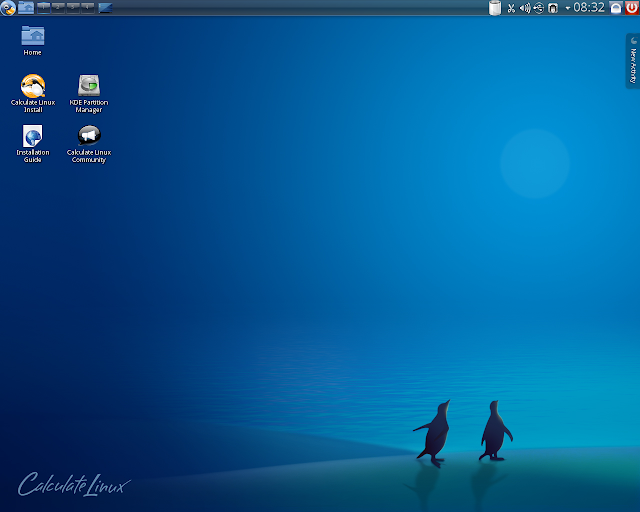 Alexander Tratsevskiy has announced the release of Calculate Linux 12.0, a Gentoo-based distribution for desktops and servers: "Calculate Linux 12.0 released. Major changes: Calculate Utilities 3 are now used to install and set up your system - network client-server solutions via SOAP/WSDL are supported, both console and graphical interfaces are implemented, multiple installations are supported, system settings can now be configured either from the command line or in a graphical environment; Calculate Linux Xfce has a better appearance - the new Adwaita theme, a bigger menu, somewhat better response, Geeqie as the default image viewer; a new start page; GIMP was updated to version 2.8 and has now a one-window interface by default." Read the release announcement for more details and screenshots. Quick link to download the default (CLD) edition with KDE (for other flavours please visit the download page): cld-12.0-i686.iso (2,235MB, MD5, torrent), cld-12.0-x86_64.iso (2,400MB, MD5, torrent).
Publicat de bubugov la 1:10 PM 0 comentarii 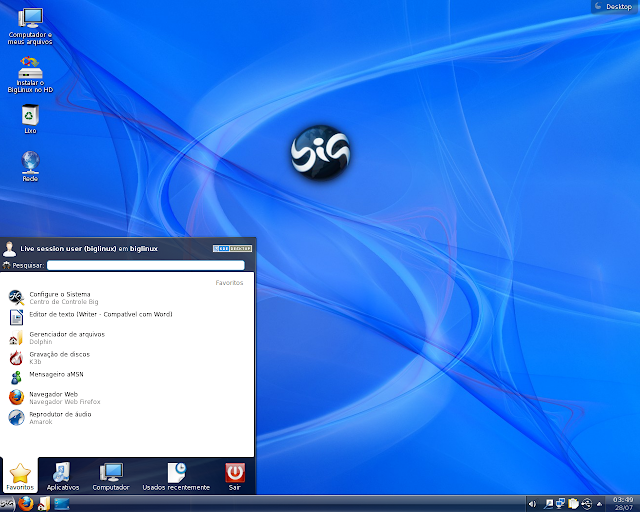 Bruno Gonçalves has announced the release of BigLinux 12.04, a Kubuntu-based Brazilian distribution for the desktop (with support for Portuguese and English languages). The developers consider this a release candidate, but if no show-stopper bugs are reported within a week, it will become 12.04 final. Some of the changes in this release include: qBittorrent replaces KTorrent; soundKonverter replaces Big Audio Converter; Pidgin replaces Empathy as the preferred instant messaging client; included GIMP 2.8.0 with a single-window mode by default and several additional plugins; default theme remains unchanged, but most packages have been updated from upstream; includes KDE 4.8.4, Firefox 14.0.1, Chromium 18.0.1025.168, LibreOffice 3.5.4. Read the brief release announcement (in Portuguese) as published on the project's user forum. Download the live DVD image from here: BigLinux.12.04.iso (1,346MB, MD5).
Publicat de bubugov la 1:08 PM 0 comentarii