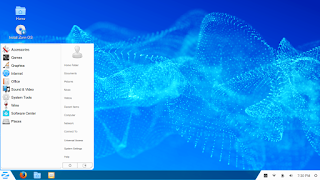 The developers of Zorin OS, a desktop distribution based on Ubuntu which strives to present a friendly interface for people transition from Windows, have announced the release of Zorin OS 10. The new release is based on Ubuntu 15.04 and features a new visual style with new fonts and icon themes. "With Zorin OS 10, we have refreshed the selection of default applications with the addition of a streamlined new Media Player, the gorgeous Geary Mail client, Calendar app and the new Activity Journal, which lets you see the files and documents you have worked with based on duration and the time throughout the day. Our existing app selection has also been treated with updates, bug fixes and design enhancements throughout. Zorin OS 10 is based on Ubuntu 15.04 and comes pre-installed with the updated Linux Kernel 3.19 & systemd for performance boosts, stronger security and improved hardware support. As always, Zorin OS 10 uses the Zorin Desktop environment with Zorin Menu for unparalleled customization and the Zorin Look Changer for ultimate ease of use. We also include our Zorin Web Browser Manager to ease the installation of web browsers." The release announcement supplies additional details along with screen shots." Downloads (MD5): zorin-os-10-core-64.iso (1,480MB, pkglist).
Publicat de Unknown la 5:29 AM 1 comentarii