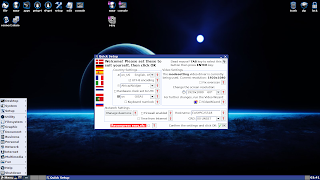 EasyOS is an experimental Linux distribution which uses many of the technologies and package formats pioneered by Puppy Linux. The distribution features custom container technology called Easy Containers which can run applications or the entire desktop environment in a container. EasyOS 2.5 introduces a number of new changes which are highlighted in the project's release announcement: "EasyOS 2.5 is the latest in the 2.x Buster-series, built with Debian 10.6 DEBs. As well as the DEBs, other packages are updated, including SeaMonkey 2.53.5, and the Linux kernel is now 5.4.78. There have been many infrastructure and utility fixes and improvements, including hardware-profiling for the CPU temperature monitor. The single most significant application change relative to the previous release is the new BluePup bluetooth manager, replacing Blueman (though Blueman is in the repository, so can be installed if needed). The Multiple Sound Card Wizard has been integrated with BluePup." More detailed information can be found in the distribution's release notes. Download: easy-2.5-amd64.img.gz (549MB, MD5, pkglist).